AnambraElection: What Ohaneze Told Andy Uba After Soludo Was Declared Winner By INEC 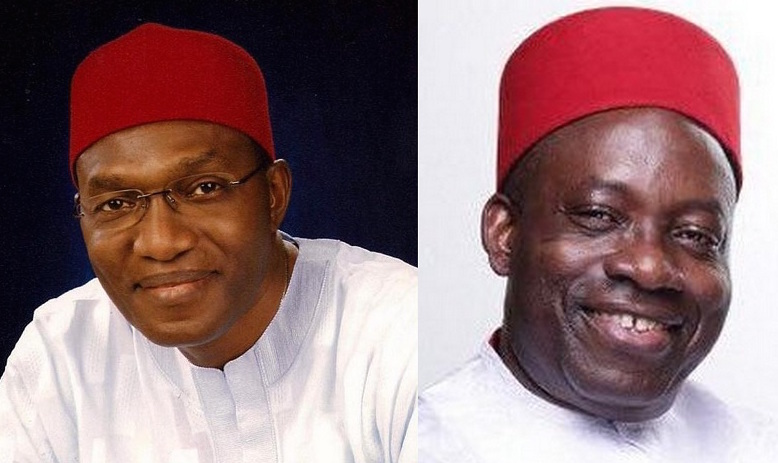 The much-anticipated governorship election of Anambra State has come and gone and the former governor of Central Bank, Charles Chukwuma Soludo has emerged as the winner of the election.

INEC made the declaration on Tuesday night after the conclusion of Ihiala’s supplementary election which was also won by the candidate of the All Progressive Grand Alliance, APGA.

Following the announcement, the Ohaneze which is the Apex Igbo socio-cultural organization issued a statement in respect of the outcome and strictly warned the candidate of the All Progressive Congress, Andy Uba on his possible line of action.

Recall that Ifeanyi Uba came a distant third, trailing Valentine Ozigbo, the candidate of the People’s Democratic Party, who came second in the election.

In a statement released by the secretary-general of the group, Mazi Okechukwu Isiguzoro, the group told Andy Uba and Valentine Ozigbo not to go to court and challenge the outcome of the election.

According to the statement which was made available to Daily Post, there was no evidence of malpractices or any form of rigging in the election. It described the process as free, fair, and very credible.

Ohaneze told Andy Uba that the outcome of the election is the will of the people and should not be subverted through the legal technicalities that will play out in the court of law.

Similarly, the group told the APC candidate to emulate the decision of Pastor Osagie Ize-Iyanmu, the PDP governorship candidate in the Edo State election who refused to go to court after losing the election to the incumbent governor, Godwin Obaseki.

The group told him not to use the supreme court to swap people’s mandate and advised him to accept the defeat in good fate and congratulate Soludo, the APGA candidate who won the election.