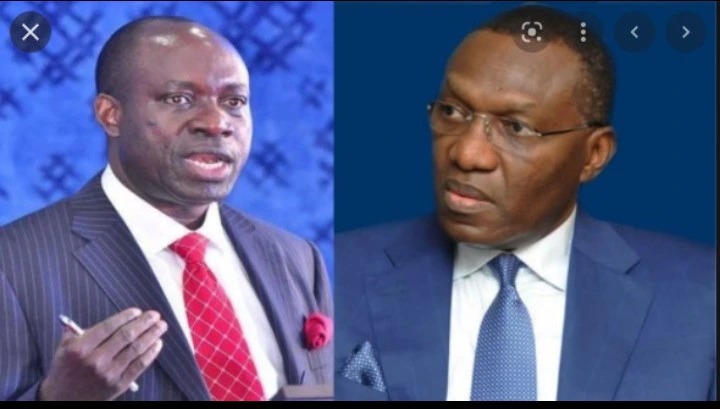 With the declaration of Professor Charles Chukwuma Soludo as the winner of the just concluded governorship election in Anambra State, more facts have begun to emerge on both actions and inactions that took place during the entire process.

Soludo has announced the winner after defeating his closest rivals, Valentine Ozigbo of the PDP who came second while the candidate of the All Progressive Congress, Andy Uba came third in the result announced by the Independent National Electoral Commission.

However, looking at the build-up to the election, the victory of professor Soludo might not likely come as a surprise to many Nigerians. Soludo, a former governor of Central Bank who had contested the governorship election multiple times appears to have been the most popular candidate among all the three contestants.

In the same vein, he emerged as a candidate under the ruling party in the state, the All Progressive Grand Alliance which had been in power since 2012. His achievements in the economy sector, his level of erudition, and years of experience in the corridors of power appear to have stood him out of the crowd in the election which consequently earned him the victory.

But the Apex Igbo socio-cultural organization fondly regarded as Ohaneze seems to have a different perspective to this narrative. The Igbo leader believed APC might have probably won the contest if not for the certain and avoidable mistakes the party made in the electioneering process.

While issuing a statement through its Secretary-General on Wednesday after the declaration of the result, the group who warned Andy Uba not to go to court identified one blunder committed by APC that earned them a big loss at the election.

According to the statement, Ohaneze noted that the wrong choice of Governor Hope Uzodinma as co-ordinator of the APC National Council for Andy Uba’s campaign is the reason the party lost the election.

All through the electioneering period, Hope Uzodinma was at the forefront of Andy Uba’s campaign. The governor was actually trying to use his influence to win the election for his party candidate.

He was said to have been instrumental to the defection of the state Deputy Governor, Dr. Nkem Okeke, Senator Stella Odua, and several members of the statehouse of the assembly who announced their membership of APC a few weeks to the election.

For Ohaneze, the people of Anambra are not in support of Uzodinma’s choice as campaign coordinator of the party and also do not want the situation of things in Imo to repeat itself in Anambra.

Choosing him as the man to lead the APC campaign in Anambra was believed to have been a monumental mistake by the Party which made them lose the election.