Bally: Is he The Messiah We’ve Waited For Or Should We Seek Another? 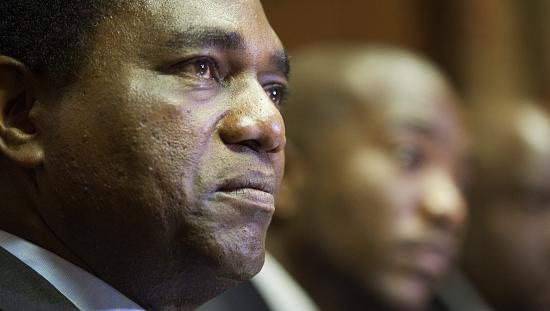 It’s Been Over A Week that President Hakainde Hichilema was Sworn in as the 7th President of Zambia. The Peaceful Transition of power from the defeated President Edgar Lungu to The Newly Elected UPND Candidate Hakainde Hichilema was Momentously Democratic. The Swearing In Came with a lot of Drama From The Former first Lady Not in attendance to Some Zambians Booing The Outgoing President. WE INHERITED AN EMPTY TREASURY

Things have taken a turn in the past few Days as People’s Expectations of the Tear Nylon President Begins To Hit the Rocks. The President in the Last Few Days Had Gone on to raise Alarm about the Financial Situation Of The Country.
President HH Has utilized Every Opportunity To Loud The Alleged Legendary Looting Of The Treasury By The Outgoing Government.
Recently, In An Interview On BBC’s Focus Africa he Told The Interviewer That His New Government Inherited an Empty Treasury. He Also Said The Debt The Edgar Lungu Led Administration Incurred was way Bigger Than what they reported to the Public. A Lot Of Zambians Are In a State Of Hullabaloo as To The Type Of Administration the HH Captained Government will Deliver. The Remarks Of The President did not Sit well with many Concerned Citizens. Some Think The President is Painting the Country in a bad color, Some Think he is Beginning the old Blame Games Politicians fall Back to when they have made too much Campaign Promises than they Can Deliver.

As Much As it is “too” Early to Criticize the Yet-To Begin Government, it is also very Important to Note that Criticism is Part Of The Game. A healthy Critique  can go a long way to serve as a check balancing for the Newly elected Government. The Currently Ruling Party Rode To Victory at the Polls Not Because Zambians Pity that He’s Been at it for 15 years but Rather Zambians want change- A real Change That will bring In a new Dawn Through Rebuilding and Restructuring.
The Many Campaign Promises That HH Made Has Built Up a Tall Fence Of Impossibilities For Him. From a non-sentimental view of Point It Doesn’t Sound Encouraging To hear Our Dear Bally Crying Foul Just Few days In Office. There are and There will always be Problems, Corruption, Looting in Government. HH Should Focus On Doing what he was Elected To Do. It Is No News That Massive Corruption Played Out In the PF era but Zambians Have Chosen You To Correct all that and Fix Things. The Earlier The President Gets Settled The Better. He Should Call It quit with Granting Interviews Like He Just won the Big Brother Show. There’s a lot of Work to be done.