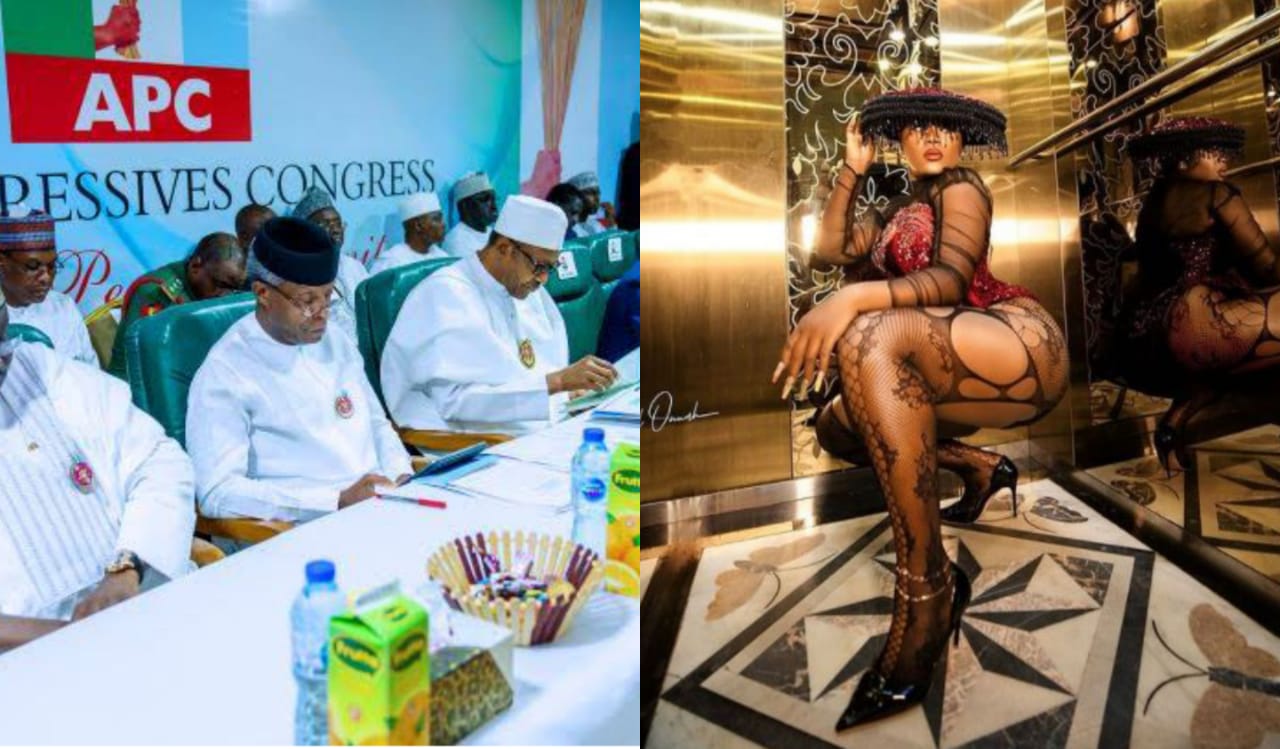 2023: PDP drags Mai-Mala Buni to Court, may be removed as Yobe Governor The Opposition Peoples Democratic party, PDP has filed a lawsuit seeking the removal of Mai-Mala Buni as the Governor of Yobe state.

The party commenced legal actions against Buni on Thursday, August 12th over an alleged breach of constitutional provisions barring a sitting executive from holding two offices at the same time.

It was gathered that in the suit, PDP argued that Buni violated section 183 of the constitution due to the fact that as a governor, he accepted to serve as Chairman of the Caretaker Committee of the All Progressives Congress (APC).

The plaintiffs which include Umar Damagum and Baba Aji in the suit filed by Emeka Etiaba, SAN, insisted that Buni ceases to be a governor from the moment he accepted to act as APC Caretaker Committee Chairman.

They sought an order directing the Yobe State Chief Judge or any other senior person next to the Chief Judge to immediately swear in Damagum and Aji as Governor and Deputy Governor of Yobe State being candidates of the party which came second in the 2019 governorship election in Yobe State.
Source – Politics Nigeria Madagascar President Andry Rajoelina has sacked all his ministers, his office said.

The sacking of the ministers came days after he criticised some of their performances, saying they were below par, and weeks after officials said they had thwarted a plot to kill the former coup leader.

Mr Rajoelina’s office gave no reason for the dismissals in a statement issued late on Wednesday.

On Sunday, Mr Rajoelina said the performance of some ministers was unsatisfactory. “Like in a football team, you have to change when there are failures in government,” he reasoned on national TV. “There will be a change, and this concerns those who do not carry out the work entrusted to them.”

Last week, a senior prosecutor said Madagascar had arrested 21 more suspects, including 12 military personnel, in connection with a plot to kill Rajoelina and topple the government.

Six people, including a French citizen, were arrested last month on suspicion of involvement in the plot after what officials said was a months-long investigation in the Indian Ocean island.

Madagascar, an impoverished former French colony of 26 million, has a history of political violence and instability. Mr Rajoelina, 44, was sworn in as president in 2019 after a hotly contested election and a constitutional court challenge from his rival.

He first took power in a March 2009 coup, unseating Marc Ravalomanana. He remained in control at the head of a transitional government until 2014.

In the 2019 elections, Ravalomanana challenged Rajoelina, lost, and said the vote was fraudulent.
Source – Peoples Gazette The Enugu-based voluptuous screen diva took to her Instagram page to share some jaw-dropping photos from her birthday shoot as she turned 32.

The high-profile actress in one of her posts wrote: “In the book of DESTINY chapter ETIKO verses CHINEMELUM I woke up and showed up after a successful journey of 365 days, Grace was evidently visible and our all loving and merciful God was the chief pilot that effected my constant win.Lord I am impressively grateful for your mercies.🙌🙌🙌🙌😍✨✨✨✨✨✨”.

She joined Nollywood in 2012 and gained prominence after she starred in the movie titled ‘Idemili’ which was produced in 2012 by Ernest Obi.

The movie (Idemili) earned her a nomination at the City People Entertainment Awards where she won the Most Promising Actress of the Year Award (English).

See some photos from her birthday shoot below: Gunmen suspected to be bandits have killed a former councillor of Sabon Gida Ward in Zamfara state, Farouq Hassan.

Hassan was killed in his house by the gunmen on Wednesday night.

The incident happened less than 24 hours after gunmen invaded the house of another former councillor, Babangida Damba, abducting his wife and seven-month-old son.

According to Damba, the gunmen invaded his residence in the Damba area of Gusau town around 12.20 am on Tuesday, wielding AK-47 rifles.

He added that he called the police immediately the attack started but they didn’t respond until around 3am when the gunmen had left with his wife and son.

But despite all these, communities in the state are still being attacked and residents kidnapped and/or killed.
Source – Sahara Reporters

A senior Boko Haram commander, identified as Amir Adamu Rugu Rugu, and his family have surrendered to Nigerian troops.

The terrorist and his family surrendered to the troops of Operation Hadin Kai in the Gwoza Local Government Area of Borno State.

Amir Adamu was known to be deadly against troops and commuters around Mandara hill and Sambisa forest in Gwoza area, Daily Trust reports.

A resident of Gwoza described the terrorist as well known in the town.

The Nigerian Army on Tuesday said at least 1,000 Boko Haram/Islamic State West Africa Province (ISWAP) members had laid down their arms and surrendered to its troops. The Federal Government has said Nigeria is not at a level where another national lockdown will be considered, despite the presence of the Delta variant of COVID-19 in the country.

Minister of Health, Dr. Osagie Ehanire, stated this on Thursday while speaking during the weekly ministerial press briefing at the Presidential Villa, Abuja.

Ehanire noted that apart from the vaccines sourced free of charge, the federal government has paid for about 30 million doses of the Johnson & Johnson vaccine.

He confirmed the 176,000 doses of the Johnson & Johnson vaccine have already been received while the rest will come in batches.

The Director-General of the Nigeria Centre for Disease Control (NCDC), Dr. Chikwe Ihekweazu, noted that the cases of COVID-19 recently sequenced in Nigeria are Delta variants.

He said the variant has become the most dominant variant in the country. The 28-year-old Belgian returns to Stamford Bridge on a five-year deal, having left the Blues to join Everton for £28m in 2014.

The fee is just short of the British transfer record of £100m paid by Manchester City for Jack Grealish.

“I came here as a kid who had a lot to learn, now I’m coming back with a lot of experience and more mature,” Lukaku said.

“I have supported Chelsea as a kid and now to be back and try to help them win more titles is an amazing feeling.”

More money has now been spent on Lukaku than any other player in history with clubs paying out a combined figure of about £290m in transfer fees for him.

Two of the top five fees paid for a player in British football history have now been for Lukaku.

Belgium’s all-time top goalscorer is also the most expensive player ever sold by a Serie A club, having become the third most expensive buy in Italian history when he joined Inter in the summer of 2019 from Manchester United for £74m.
Source – BBC In the Best R&B category, “Brown Skin Girl” is up against “Leave the Door Open” by Bruno Mars, Anderson. Paak and Silk Sonic, “Go Crazy” by Chris Brown and Young Thug, “Heartbreak Anniversary” by Giveon, “Come Through” by H.E.R. ft. Chris Brown and “Good Days” by SZA.

Other nominees for the best cinematography category include Elias Talbot in “Holy” by Justin Bieber ft. Chance The Rapper, Jeff Cronenweth in Lady Gaga’s “911″ and Andrew Stroud in Lorde’s “Solar Power”.