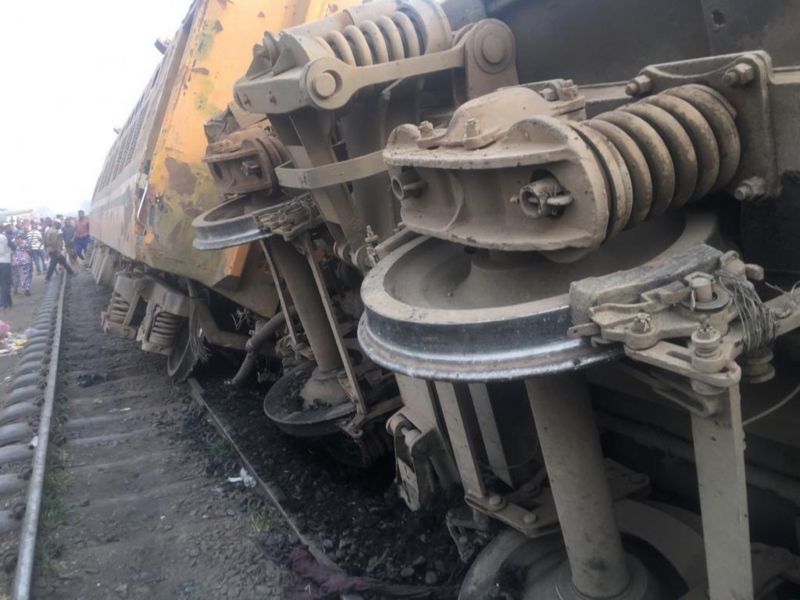 An elderly woman identified simply as Anna has been killed by suspected herdsmen barely two months after the same fate befell her daughter and son-in-law.

Anna was among the eight people killed by suspected Fulani herdsmen at Okpokwu Mgbuji community in Eha-Amufu, Isi-Uzo Local Government Area of Enugu State, on Sunday.

It was gathered that Anna had recently buried her daughter, Chinyere Ede and son-in-law, Japhet Ede, who were killed in an earlier attack carried out by herdsmen in the community.

The couple were killed alongside two others on May 27, 2021, at Okpokwu Mgbuji and were laid to rest on July 22.

Trouble reportedly started when the herders were stopped from cutting down an economic tree to feed their cattle. The interruption led to heated arguments between the community members and the herders.

It was further learnt that the community members succeeded in pursuing the Fulani herders and their cattle from further destruction of the economic tree.

However, the herders later re-grouped in a calculated revenge mission, and attacked the community, killing several people.

Meanwhile, in an earlier report, Bishop of Anglican Diocese of Eha-Amufu, Rt Rev Daniel Nkemjika Olinya, had explained what transpired to Daily Sun.

He registered his concerns that herdsmen attacks in farm settlements in the affected Mgbuji community and its neighbours had been on the rise and the government had not done enough to end the attacks.

“This is the third time the armed herdsmen are invading the Mgbuji community this year, aside from indiscriminate kidnappings which we have lost count of. Most of the time, they invade the community, kidnap and kill the victims, many of them. The last attack before this Sunday’s attack led to the death of six people. Five of them have not been buried and, now they came again this time and killed eight persons,” he said.
Source – Sahara Reporters Deputy Commissioner of Police Abba Kyari, on Tuesday, spoke on the bribery allegations involving Ramon ‘Hushpuppi’ Abbas leveled against him.

In a now-deleted Facebook post, Kyari stated that he was only trying to recover an N8 million loan on behalf of Hushpuppi as against his initial assertion that the suspected con artist only sent him N300,000 to help him purchase native wears.

In his recent statement, the detective started that the widely-reported N8 million was for him to collect an outstanding debt owed to Hushpuppi, and not as a bribe for him to hold Chibuzo for the scamming of a Qatari businessperson to pull through as alleged by the FBI in court filings.

“Nobody demanded or collected any money from Abbas Hushpuppi. He can be interviewed Publicly in the Presence of world media by the people holding him to confirm this. He also called for another case in June 2020 and complained about a financial transaction with a second person whom he said his friend sent 8million naira and pleaded for his friends’ money to be recovered.’’

Generally, Whatever investigation steps/Tactics that are being taken in most cases especially on the Parties in this type of case from January to June are not for public consumption. This is the true story,” Kyari added.
Source – Independent A train crash near the Czech Republic-German border has killed at least three people and injured dozens more.

According to the Czech transport minister, an express train from Munich heading to Prague went through a stop signal and hit a commuter train bound for the town of Domazlice.

Authorities however said it was unclear if this was due to driver error or a technical fault.

Local media report both drivers were killed, as well as one woman passenger.

Dozens of emergency workers are on the scene, aided by helicopters. Rescue services have transported the most seriously injured to hospital.

The Czech Republic’s railway inspectorate has launched an investigation into the crash.
Source – BBC In BBNaija, ‘ship’ describes a romantic relationship or close friendship between a male and a female housemate.

In their discussion, monitored by our correspondent, Arin and Peace discussed fellow housemates and their love interests.

“Yousef likes her,” Peace told Arin, who added that Jaypaul also liked Saskay. According to Peace, she feels that Saga also likes Saskay on a lowkey but appears to be closer to Nini.

Referring to Saskay, Peace said, “I think Cross likes her as well but Cross is unpredictable.”

Peace added, “Saskay said she’ll just keep turning all their heads, including Cross. The other time she played a game, they asked who she liked and she said Jaypaul. In another game, she said Yousef. Anyway, she told me that in the next game, she’ll mention Cross.”

Moving away from Saskay, Arin said, “Boma told me that Cross said he liked me from the first two days.”

She also revealed that Sammie told her that one of the guys in the house also has likings for her.

The duo, however, concluded that all the guys are simply playing games with the ladies in the house and Peace said that they would all play the game together.
Source – Punch