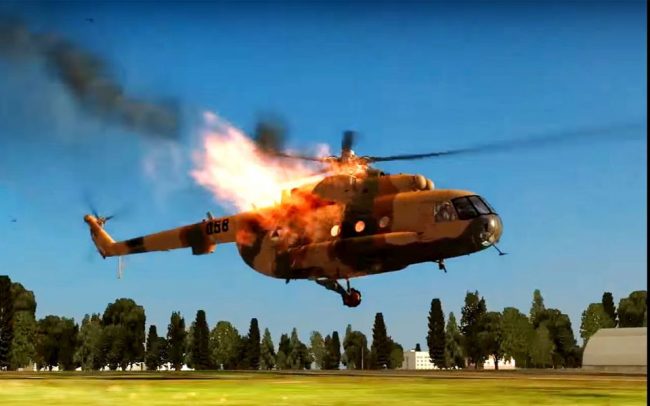 As more reactions trail Wednesday’s Supreme Court decision on the Ondo Governorship Election, members of the Progressives Youth Movement (PYM), the youth wing of the All Progressives Congress (APC) have asked Governor Mai Mala Buni, Chairman of the APC Caretaker/ Extraordinary Convention Planning Committee (CECPC) and members of the Committee, to step aside with immediate effect.

In the alternative, the Youths urged the party’s statutory NEC to dissolve the CECPC without delay to save the APC from imminent collapse.

Princess Aisha Audu, who led the youths to address journalists at the party’s National Secretariat on Thursday, said the judgement of the Supreme is sufficient for the party to realize that the entire fate of APC stakeholders at federal and state levels are on the brink.

The Supreme Court in its majority judgement sustained the election of Gov Rotimi Akeredolu on grounds that the litigant did not join Governor Mai Buni in the suit, a position the APC Youths said is enough warning for the party to do the right thing.

She insisted that the party must act immediately to excuse the Yobe State governor and the CECPC without further delay.
Credit: Independent A Federal High Court in Abuja on Thursday issued a fresh order on the Director General of the Department of State Service, DSS, to produce before it 12 aides of Sunday Adeyemo, a Yoruba separatist also called Sunday Igboho, detained since July 2.

The fresh order followed the failure of the security agency to make them available for bail consideration as ordered on July 23.

Justice Obiora Egwuatu issued the fresh order following an appeal by DSS counsel, Mr Idowu Awo, that the agency be given another time to comply with the order.

When the matter came up, the DSS counsel informed the court that the detained applicants could not be produced in court because of the nature of their arrest and detention.

He argued that he had filed a counter affidavit to explain the dimensions and sophistication of the investigation being carried out on the detainees.

Awo further submitted that the DSS obtained an order of court permitting the detention of the applicants for 14 days to interrogate them.

Besides, the counsel submitted that some names on the federal high court order were at variance with the list of those being detained adding that only 4 out 12 names corresponded with that of DSS.

However, Justice Egwuatu was not persuaded by the arguments, adding that the order of his court was in English language and unambiguous that the detainees be produced in court.

The judge held that the order ought to be obeyed to the letter after which the DSS can subsequently offer explanations for their detention.

He said that the liberty of the Nigerian citizens is at stake and that it is the duty of court to protect it for citizens when called upon to do so as in the instant case.

Awo later apologized to the court and sought an adjournment to enable them comply with the court order. Biggie will on Thursday reveal the ‘wildcards’ in the Big Brother Naija (BBNaija) season six ‘Shine Ya Eye’ edition.

The wildcards will be revealed to the fans in a special Diary Session which begins on Thursday by 3:00 pm WAT.

The housemates are anxious following the first twist of the show with many of them guessing the wildcards.

Wildcards are fake housemates of the show whose only purpose is to provide entertainment and serve as pawns of Big Brother in the house.

During the second launch of the reality show on Sunday, the host, Ebuka Obi-Uchendu, announced two housemates from all the 22 contestants are actually ‘wildcards.’

The housemates for each season should normally be 20 but 22 were announced to the surprise of the viewers.

The housemates will have to figure out who the cards are to get them evicted during the eviction show on Sunday.

Should the housemates fail to identify the wildcards, they will remain and compete for the N90 million prize.

Also, if the wildcards remain in the game by Sunday, they will be given an exclusive power to nominate on Monday.
Credit: Gistlover An Iraqi army helicopter on Thursday crashed, killing all five pilots on board, the military said.

The helicopter was said to have crashed in the northern province of Kirkuk, some 350 kilometers north of the capital Baghdad, while on a combat mission, the military-linked Security Media Cell said, without elaborating.

The cause of the crash was not given.

In December 2017, Iraq had declared victory against the militant Islamic State group, has recaptured all the territories seized by the extremists since 2014.

However, members of the terror group have continued to carry out isolated attacks across the country. (DPA/NAN)