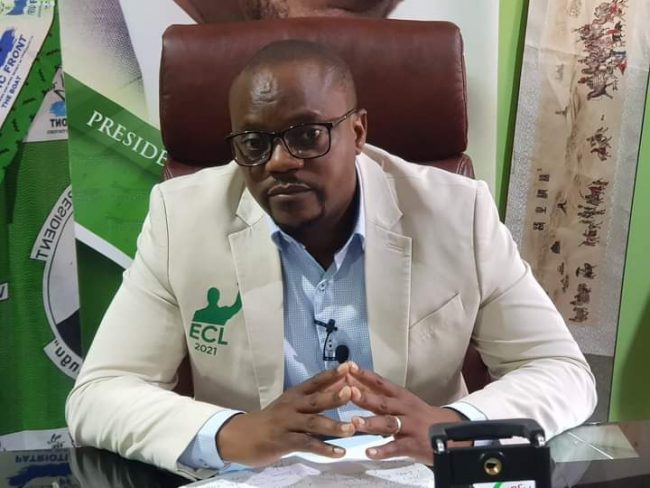 Debt Swap is becoming difficult to implement because HH has ordered all banks and other financial lending institutions not cooperate with the govt so that Zambia can vote against PF, Ruling Party Media Director Antonio Mwanza said in Lusaka during the radio interview Friday morning.

Zambia’s main opposition leader Hakainde Hichilema says the country’s current rulers cannot save the nation from a punishing debt crisis, just months before the nation heads to the polls.

Mr. Hichilema, who is making his sixth bid for the top job and who narrowly lost the election in 2016, called for “free and fair” polls, alleging “rule of law problems” and irregularities in voter registration.

“There are habitual arrests, we have extrajudicial killings, we have basically violence, community violence all over,” he said, referring to the December police shooting of two people outside a Lusaka court where he appeared for questioning over a property purchase he made 20 years ago.
Days later president Lungu ordered a reshuffle of top police officials.

“These are serious issues, and we also have issues around …freedoms — freedom of assembly and associated movement which are restricted,” Mr. Hichilema said.

The nation of 17 million people holds presidential and legislative elections in August.

It is saddled with a foreign debt of nearly $12 billion (10 billion euros).

In October, Zambia missed a deadline to honour an interest payment of $42.5 million due on a Euro bond.

Three months later, on January 30, it skipped a $56.1-million interest payment on another bond.