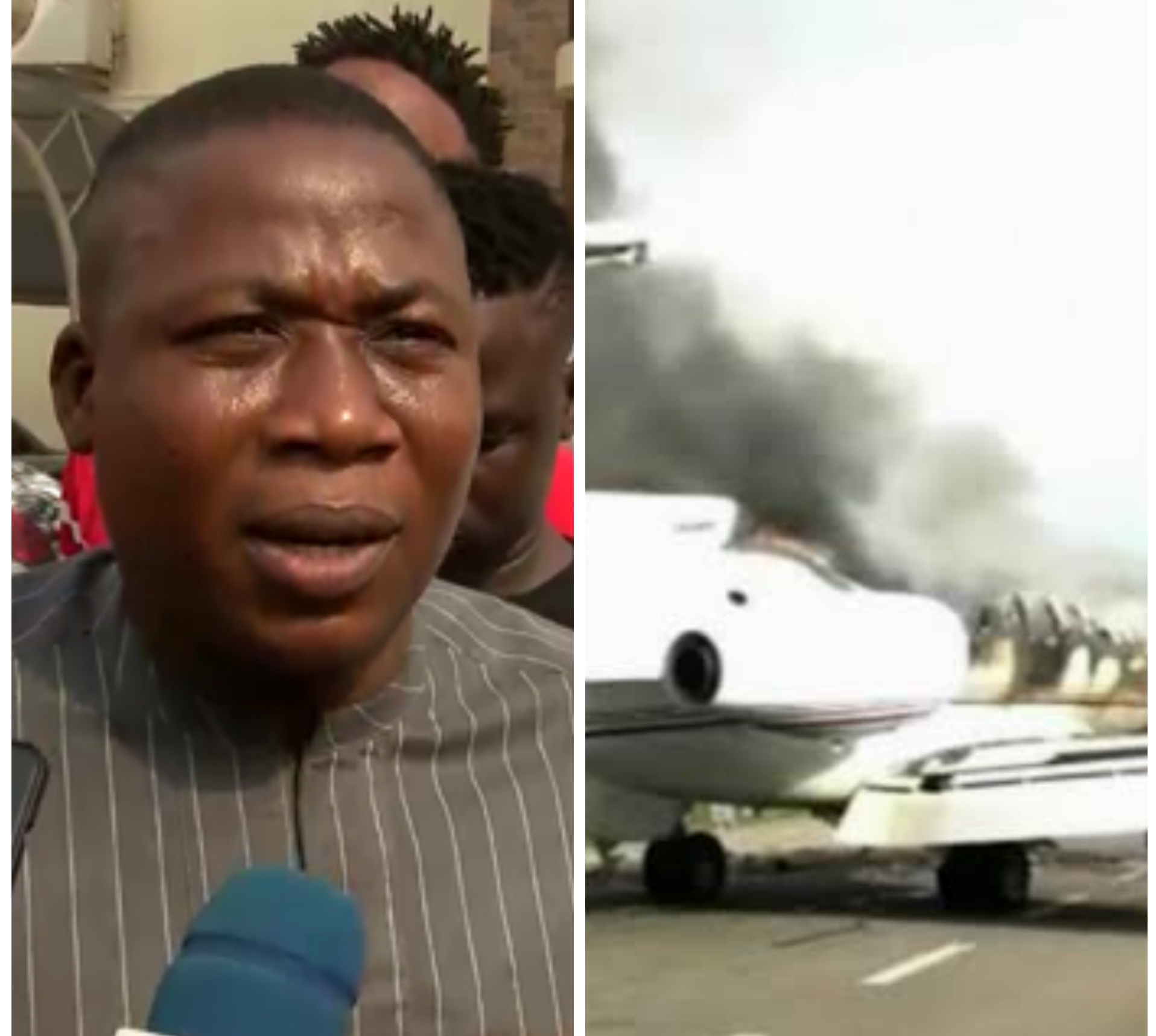 The Department of State Services has begun an analysis of the call logs of the detained aides to Yoruba rights activist, Sunday Adeyemo, popularly known as Sunday Igboho.

It was gathered that the DSS will carry out a forensic analysis of the call logs, messages and other contents on the phones of the 13 aides of Igboho who were arrested during Thursday’s raid on his Soka, Ibadan residence.

Igboho has gone underground since his Ibadan residence was raided by men of the DSS ahead of a major rally in support of the call for Yoruba nation in Lagos on Saturday.

The DSS spokesman, Peter Afunaya, had told journalists in Abuja on Thursday that the raid was carried out based on an intelligence report that Igboho had stockpiled arms in his residence.

Two persons were killed during the operation.

Others are three charm jackets/traditional body armour, two laptops, one Toshiba and one Compaq laptops, Igboho’s passport and those of his aides.

Afunaya claimed that five of the AK-47 rifles recovered from Igboho’s residence were snatched from the Nigeria Customs and Immigration personnel at Idi-Iroko, Ogun State.

He explained that Igboho and his group, in the guise of campaign for self-determination had become well-armed and determined to undermine public order.

Following this development, Sunday PUNCH gathered that the secret police planned to go after Igboho’s collaborators and financiers.

Multiple sources said DSS investigators hoped to track down those offering financial and material support to the agitation for the creation of Yoruba Nation.

It was also gathered that the secret police would liaise with the International Criminal Police Organisation to apprehend Igboho wherever he may be hiding.

“The service is in the process of liaising with the Interpol to track down the fugitive. He will be watch-listed so he can be arrested wherever he may be found.

“Our forensic experts would comb the call logs and other contents of the phones of all the suspects in custody. We hope to harvest a trove of information that could lead to Igboho’s financiers and collaborators in the coming weeks,” a DSS operative confided in one of our correspondents on Friday.

Also, another top DSS official told one of our correspondents that the phones seized from Igboho’s home would be examined and this could also expose the identities of those sponsoring him.

“It is standard procedure to process suspects and their phones. Igboho didn’t know we were coming, hence he was unable to take away his passport and other items. Operatives are currently searching through the seized phones, WhatsApp chats and other things.

“This could expose the identities of people sponsoring Igboho and those supporting him,” the source said.
Source – Punch

Private plane crash in Haiti kills all six on board, including two Americans All six people on board a private plane, including two American missionaries, were killed when the aircraft crashed in Haiti, southwest of capital Port-au-Prince, according to media reports and a missionary group.

The plane went down over the weekend en route from an airport in Port-au-Prince to the southern coastal city of Jacmel, typically a short flight, reported the Miami Herald, citing a statement by the National Civil Aviation Office (NCAO). Reuters could not independently confirm the report.

The cause of the crash was not immediately known.

A Haitian government representative and the US embassy did not immediately respond to a request for comment.

The US-based organisation Gospel to Haiti posted an announcement on its Facebook page that two of its group members, American citizens Trent Hostelter, 35, and John Miller, 43, were killed in the crash.

The identities of the other four passengers were not immediately released by officials.

Hostelter’s wife and three children had taken an earlier flight on a small plane. Because there wasn’t enough room on the flight, he stayed behind with Miller to catch the next plane, the group said.

“When the second plane didn’t show up, they were very concerned and soon heard that the plane had gone down somewhere near Leogane. A search team was formed and sent out and they located the plane early this morning and confirmed that all 6 people were killed,” the group’s Facebook post said.

Gospel to Haiti said the group had decided to take a small private plane due to the “unrest” in Port-au-Prince, where violence has spiked in recent weeks as rival groups battle with one another or the police for control of the streets, displacing thousands and worsening the country’s humanitarian crisis.
Source – New Telegraph