Buhari Finally Speaks On Third Term Agenda, Threatens To Fight Fire With Fire As Nationwide Protest To Go Down On June 12 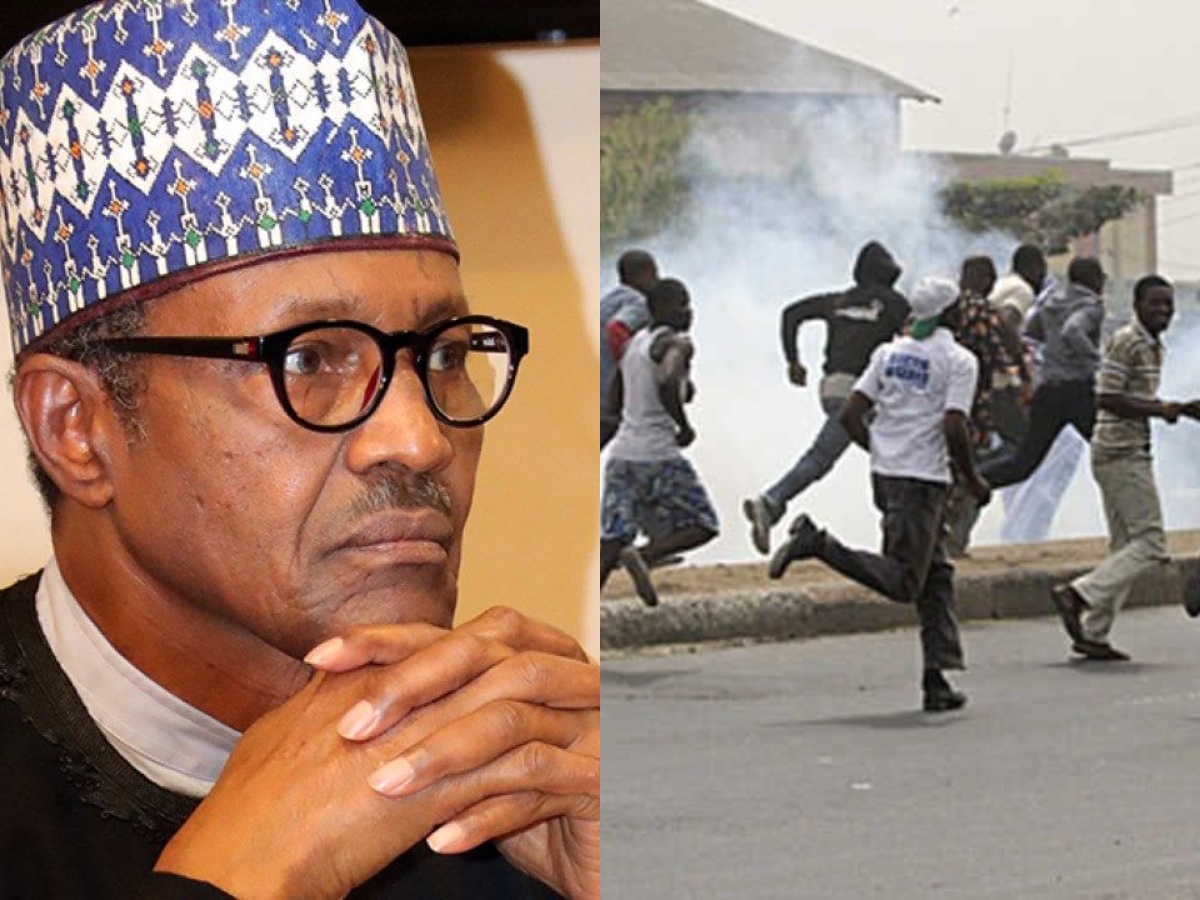 President Muhammadu Buhari on Tuesday suggested his administration has no third term agenda and will do its best to ensure elections hold across the country despite increasing violence.

The President made the comment after receiving the Chairman of the Independent National Electoral Commission (INEC), Professor Mahmood Yakubu and other electoral commissioners at the State House in Abuja.

INEC facilities across the country have recently come under attack.

In the last four weeks, 11 offices of the commission have been either set ablaze or vandalized, according to INEC chief, Professor Yakubu.

I receive daily security reports on the attacks on critical national infrastructure, and it is very clear that those behind them want this administration to fail. Whoever wants the destruction of the system will soon have the shock of their lives. We’ve given them enough time.

“I received a briefing today from the Chairman of the Independent National Electoral Commission (INEC), on the series of attacks on their facilities nationwide,” Buhari said.

“These attacks are totally unacceptable, and we will not allow those behind them to achieve their evil objectives.

“I have assured INEC that we will make available to them everything they need to operate efficiently, so that no one will say we don’t want to go, or that we want a third term. There will be no excuse for failure. We will meet all of INEC’s demands.”
Source – Channels President Muhammadu Buhari has vowed to shock those bent on destroying his government.

He said attacks across the nation were targeted to show his administration has failed.

He spoke on Tuesday while he received briefing from Chairman of Independent National Electoral Commission (INEC), Prof Mahmood Yakubu, on series of attacks on facilities of the electoral body round the country.

He said: “I receive daily security reports on the attacks, and it is very clear that those behind them want this administration to fail.

“Insecurity in Nigeria is now mentioned all over the world. All the people who want power, whoever they are, you wonder what they really want. Whoever wants the destruction of the system will soon have the shock of their lives. We’ve given them enough time.”
Source – The Nation The National Association of Nigerian Students (NANS) have declared June 12, 2021, a day of protest.

NANS president, Sunday Asefon, stated this on Tuesday, during a chat with journalists in Ado Ekiti, the capital of Ekiti State.

Asefon decried the worsening insecurity in the country and how it has affected students who have become victims of kidnapping and banditry at will.

He also said NANS had relocated its national headquarters to Niger State, pending the release of over 200 students of Islamiyya School in the Rafi Council area.

“I hereby declare June 12 as the National Day of Peaceful Protest to call on the government to act decisively towards addressing insecurity in our schools, campuses and also announce a proactive measure or strategy towards ensuring safer schools.”

On why they decided to schedule a protest on Democracy Day (June 12), Asefon asked, “What are we celebrating as a democracy when many of our students are in kidnappers’ den?”
Source – Daily Post