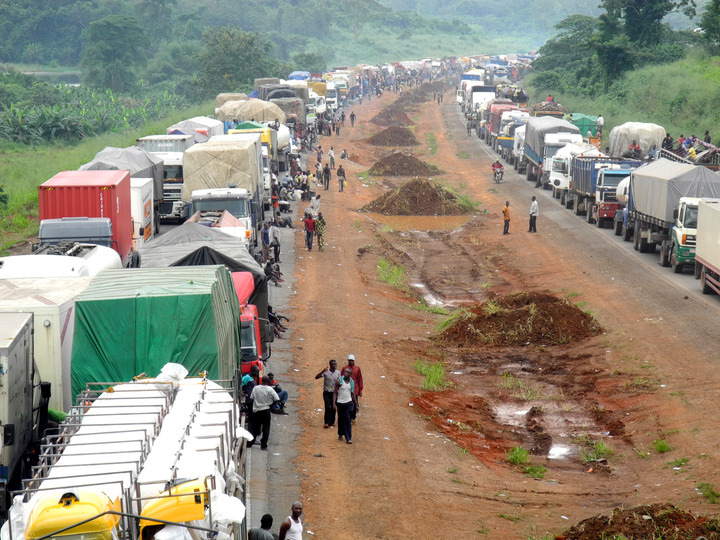 Gunmen in the early hours of Sunday morning invaded Kuchiko Relocation Development Area (KRDA) in the Bwari Area Council of the Federal Capital Territory (FCT) where they kidnapped a resident and his son.

Daily Trust gathered that the gunmen, numbering over twenty, stormed the area, popularly known as El-Rufa’i Estate, at 12 midnight and started shooting sporadically.

Having overpowered security guards on night duty, the gunmen, who also wielded knives and machetes, headed to the house of the victim (names withheld) and took him and his son hostage.

There was panic among the residents of the estate, who were woken up by the staccato sound of gunshots.

It was gathered that the invaders, who operated for an hour, later proceeded to the house of another resident and attempted to kidnap him.

However, the timely arrival of soldiers from the Defence College, Bwari, saved the situation after a gun battle with the gunmen.

Some residents of the area, who recounted their ordeal, called on the authorities to beef up security around the satellite areas.

The satellite towns in the FCT have been experiencing incidents of kidnapping for a while now, especially in Gwagwalada and Kuje area councils.
Source – Daily Trust More than 700 rescuers and army personnel used thermal-imaging drones and radar detectors to try to find runners caught by the storm in the race in Yellow River stone forest near Baiyin in north-western Gansu province, officials said.

“At around noon, the high-altitude section of the race between 20-31km was suddenly affected by disastrous weather. In a short period of time, hailstones and ice rain suddenly fell in the local area, and there were strong winds. The temperature sharply dropped,” Baiyin city mayor, Zhang Xuchen, said on Sunday.

Rescue teams were dispatched but at around 2pm, weather conditions worsened and the race was immediately called off as local authorities sent more rescuers to help, Zhang added.

“This incident is a public safety incident caused by sudden changes in weather in a local area,” he said, adding that provincial authorities will further investigate its cause.

A “significant” drop in temperatures had been forecast in most parts of Gansu over the weekend but there was anger on Chinese social media that officials had failed to plan for bad weather.

“Why didn’t the government read the weather forecast and do a risk assessment?” one commentator wrote.

“This is totally a man-made calamity. Even if the weather is unexpected, where were the contingency plans?”
Source – The Guardian Thousands have fled a volcanic eruption in the Democratic Republic of Congo, but the flaming lava from Mount Nyiragongo appeared to have come to a halt on the outskirts of Goma city early Sunday.

According to an AFP correspondent at the scene, the molten rock, which the eruption had sent close to Goma airport on the shores of Lake Kivu, still appeared unstable, but had come to a standstill in the suburbs of the eastern city.

And around a dozen earth tremors were felt in the early hours.

“People are beginning to return to their homes. The situation seems to have calmed down for the moment,” one resident said.

“But people are still scared. The authorities still haven’t made any official announcement so far this morning,” he added.

Thousands had fled during the night and many families slept on pavements surrounded by their belongings under a night sky turned red by fire and fumes.

“There is a smell of sulphur. In the distance you can see giant flames coming out of the mountain,” one resident, Carine Mbala, told AFP.

Officials said the lava had reached Goma city airport although residents said it had stopped at the edge of the facility.