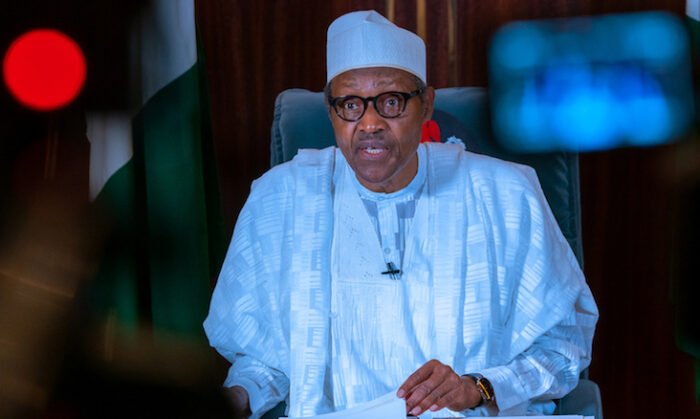 “Buhari’s Only Qualification Is His Height, God Has Rejected Him Like Saul”—Panam Percy Paul Releases Prophecies On President, APC

Famous gospel singer, Panam Percy Paul, has compared President Muhammadu Buhari to the first Israel King, Saul. Saul was the first King of Israel whom God later rejected and replaced with the younger David. During a prophetic ministration, the Jos-born singer said God told him that Buhari was imposed on him by the church in Nigeria in 2015, just the way the Israelite of old imposed Saul on him as their king.

The video of the prophecy was shared on Twitter by Reno Omokri, a former aide on social media to ex-President Goodluck Jonathan.

It is not clear when or where the event took place, but in the video, Panam Percy Paul revealed that he got the prophecy beginning from 2015 when Buhari became President, up till 2020.

He said in the video: “God asked me to bring you this word of comfort. It is a word of prophecy that this King Saul was not his choice. That king Saul was imposed upon him. He was not his choice. And it was the church that imposed King Saul on God. And so, the Lord God warned that this is what this king is going to do. He will take your daughters and make them into his confectionaries. He will take your sons to run ahead of his chariots. He will make them servants.

“The one that caught my attention was that he would take your choice land and give it to his relatives. And that is precisely what is playing out in our nation.

“I took time to plead before the Lord. And I cried, actually, for months, I kept crying. It went into years. The error started in 2014 when we said that this man is the most righteous, the only righteous man. How can you carry the title of the Lord Jesus and give to a man – the righteous one. Do you know that is what Christ is?

“He said on that day, you will cry unto me, and I will not hear you. So, from 2015, we started crying after realising our errors. Unfortunately, those who stood up aloud to say this is the man have still not said in public that we are sorry.

“And I thought God was going to tell me, ‘I change my mind’. He told me David is coming. Then I said to the Lord, what happens to Saul? And he said to me, haven’t you read it? And I had to go back to read it. God was asking Samuel, why do you mourn for Saul, seeing that I have rejected him from ruling over my people. God said, fill your horn with oil cause I have found me a King after my own heart.

“Ladies and gentlemen, if we fail to hear from God, then that is our biggest sin. And the Lord said whatever happens in the time of Saul is exactly what is happening now. And God said, what qualification does Saul have to become king? He said Saul was not intelligent. He could not even tell the footprints of donkeys that got lost from his father’s house. He couldn’t read the footprints! He went in the opposite direction.

“And the Lord said to me that the only qualification that Saul had was height. This one has no primary school certificate, no secondary. None! Everybody has checked everywhere for his certificate; it does not exist, only height. And I asked the Lord, what will happen to him, he said I would take them out.

“The Lord said to me, For the next 40 years, these people will struggle, they will try everything to come back, and they will not succeed. I calculated 40 years from now; I will be 110. After 40 years, there will not be a remembrance of them anymore, forever. Primate Ayodele warned Tinubu to seek the face of God because he may not survive till 2023.

Noting that the APC National Leader would be risking his life, Ayodele said Tinubu was being deceived to contest.

He said: “Let Atiku go and rest while Tinubu should consult God for him to survive till that time in good health.

“Tinubu is very desperate to become Nigeria’s president at all cost, he should be conscious of his health implications and should be aware that he has to seek the face of God if he wants to further because so many things are going to happen in the process.

“Tinubu is risking his life for opting to run in the next election. PDP may break because of Atiku.

“These two people; Atiku should go and take his rest and Tinubu is risking his life, he will be molested, embarrassed.

“I tell you they will drag Tinubu the way they dragged Abiola, he has not done what is right for him to contest for 2023 presidency.

“Some people are just hailing him but he will goof in so many ways. He is a good man to rule Nigeria but not divinely nominated. He is being deceived.”

Tinubu and the Atiku are yet to declare their intention to run for the presidency in 2023.

Despite their silence on this issue, some Nigerians have been clamouring for both men to contest the election.