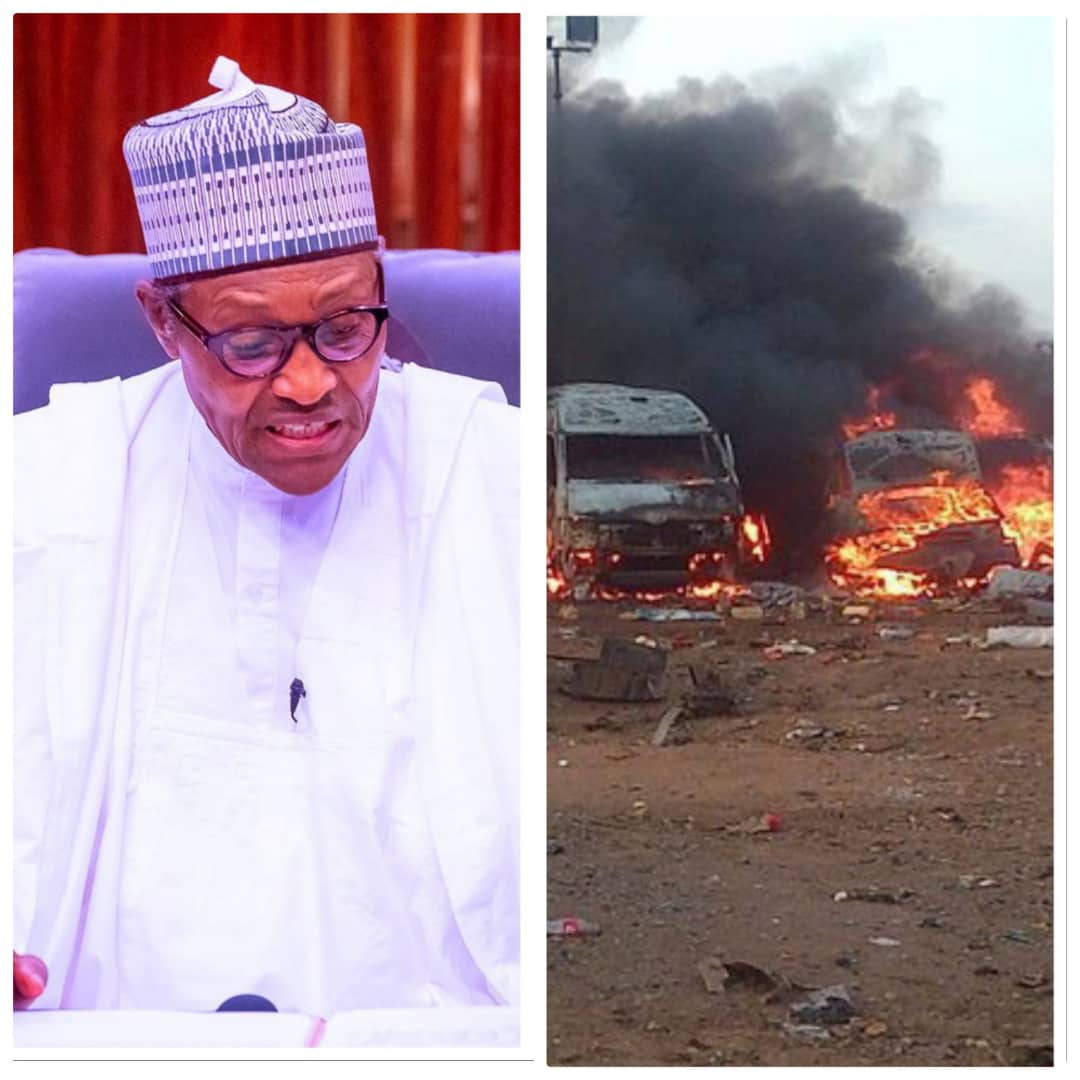 President Muhammadu Buhari has sent a message of condolence to the government and people of Kwara on the passing away of Alhaji Usman Ndalolo, Waziri Patigi.

Malam Garba Shehu, the Senior Special Assistant to the President on Media and Publicity, revealed this in a statement in Abuja.

In the message, the president stated that the late Ndalolo, a retired orthopaedic technician and community leader, who died at the age of 83, was a visionary statesman with impeccable integrity and dedication,

According to him, Ndalolo will be remembered for his sagacity and exemplary selfless service to the people of Nigeria.

The president extended sympathies to the bereaved wife, Hajiya Amina Ndalolo, a former Minister of State, Health, family members and the government and people of Kwara.
Source – Vanguard Perhaps, the Eastern Security Network (ESN) which was set up by the Mazi Nnamdi Kanu-led Indigenous People of Biafra (IPOB) as a measure to secure the South East from kidnappers, armed herdsmen, robbers and other criminal elements, has come to stay with the people since its operatives have reportedly continued their training and operation, though secretly, despite the crackdown by the federal government’s security forces, Daily Trust on Sunday reports.

Despite attempts by the government to clamp down on their activities, members of the Eastern Security Network (ESN) are said to have intensified their training in their base along the Orlu axis.

The training was intensified after the recent skirmishes between soldiers and the ESN operatives.

Daily Trust correspondent gathered that most of these training sessions take place in the night, away from the searchlight of security agents.

Though their operations are clandestine, they appear to be operating between the boundaries of Orlu and Lilu in Anambra State. They are also said to be operating along areas of Orlu main town, Umutanze, in Orlu, Orsu Ihitte Ukwa, and Okporo Orlu.

Those operating at Ubomiri in Mbaitoli are said to be controlling the Owerri – Orlu road, making it impossible for security agents to operate along that axis.

Indeed the police appeared to have been helpless in this regard as they have abandoned most of the major roads in the Orlu axis for fear of attack by operatives of ESN.

It was also gathered that residents of the area act as informants to the operatives against any advancing security agents.

One thing about the operatives is that it is not possible to point out a particular location where they operate from.

He said, “When you ask anybody about ESN, you are looked at suspiciously because the people of the area have come to embrace ESN as their own police. So when you ask this kind of question, it is presumed that you are either a security agent or their informant. So I am advising you to be careful because ESN informants are everywhere or you may even know if the person you are talking to is a member of ESN.”

The Police Public Relations Officer, Orlando Ikeokwu, could not answer questions on this issue as he said it’s a security matter. But our correspondent gathered that because of constant attacks on personnel along the Orlu–Owerri road, policemen dread patrolling the road.

A police source said that men of ESN target policemen for attack mainly to collect their guns.

However, it was gathered that apart from the ‘Operation Search and Flush,’ which the state government had set up, the government is tinkering with the idea of forming what it called ‘Homeland Security Network.

Indeed our correspondent sighted some vehicles at the Government House, Owerri, already branded for the job.

In Anambra State, the presence of the contentious ESN is not quite pronounced or noticeable, though its ‘quiet existence’ has seemingly continued to raise dust and generate concern among the populace.

However, for now, nobody or no security report has indicted the outfit concerning its training or operations anywhere   in Anambra State.

Findings by our correspondent show that the state is literally free from activities of the ESN   and no notice of its operatives in the state.

But some of the people in the state appear to have welcomed the idea of the security outfit to secure the zone from intruders and criminal elements of all kinds – whether from within or outside the zone.

A trader in Awka, Mike Okereke, said that ESN is a welcome development that Eastern governors must encourage and support.

Commenting on the development, the spokesman for Anambra State Police Command,

DSP Ikenga Tochukwu, said the command has not recorded any incident about the ESN.

He said that the state does not know nor has it reported about the training of the outfit and at the same time does not have issues about their operation and activities in the state.

However, the story seems different in Ebonyi State which calls itself “Salt of The Nation” as the operation ESN has continued to gather momentum within the state and its environs.

Although the ESN which Nnamdi Kanu said was set up chiefly to improve the delicate security situation in the zone where armed herdsmen and farmers’ clashes have done a lot of harm to the people, there seems to be more to it than meets the eye. No one can…
Continue reading>>>Here