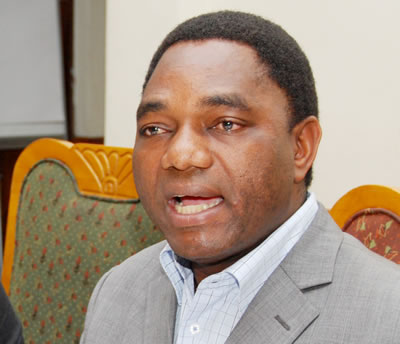 Hakainde Hichilema has told Zambians that he will sell the Presidential Jet and use the money for youth empowerment programs when he is elected President of Zambia as he campaigns towards 2021 General elections.

He said at a briefing at the party secretariat on Monday after signing a social contract with the youth that they will be among his top priority once he wins elections.

Mr Hichilema also said he will not grant Mukula licenses to foreigners as the ruling party PF has done, but instead give the license to the youths of the country.

Mr Hichilema also claimed that he is committed to end political violence and that the police will be allowed to work professionally.