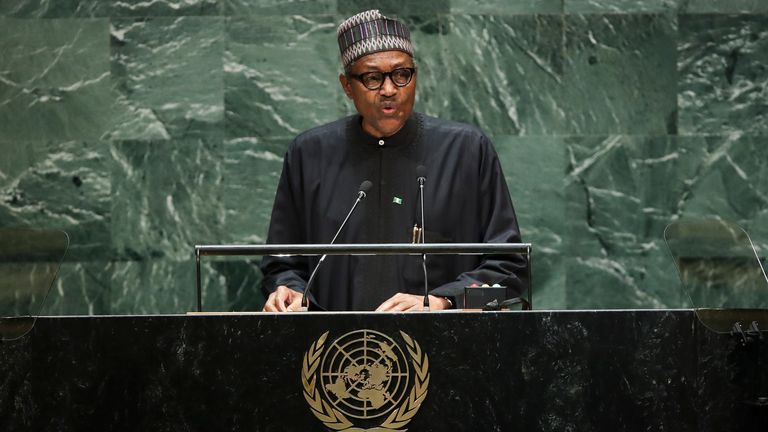 Following the slaughtering of 43 farmers by Boko Haram members in Borno State at the weekend, the leader of INRI Evangelical spiritual church, Primate Elijah Ayodele has demanded the immediate resignation of President Muhammadu Buhari.

The popular prophet described the beheading of the farmers by the terrorists as a sad occurrence and a confirmation that God is not happy with the present administration.

Ayodele said that recent happenings in the country have shown beyond doubt that Buhari cannot lead the country any more; therefore, he should honourably resign…READ MORE>>>

PDP accused the Presidency of trying to rationalize the gruesome killing of 43 innocent Nigerians by the insurgents in their farms.

The United Nations, UN, has condemned “in the strongest terms” Saturday’s killing of 43 farmers by Boko Haram terrorists in Borno.

UN Secretary-General António Guterres in a statement by his spokesperson Mr. Stéphane Dujarric, on Monday described the attack as a “horrific”, one.

He, however, urged the Federal Government to ensure that those responsible for “these heinous crimes” be quickly brought to justice…READ MORE>>> Nigeria striker, Taiwo Awoniyi, has admitted he prefers to leave Liverpool, after failing to secure a UK work permit since his arrival in 2015.

Awoniyi joined the Reds following his heroics at the 2013 FIFA U17 World Cup and 2015 Africa U20 Championship, where he helped Nigeria win both tournaments.

Since then, the 23-year-old has had seven loan stints in clubs across Germany, the Netherlands and Belgium…READ MORE>>> A Chief Magistrates’ Court in Makurdi on Monday ordered that three persons, who allegedly killed one Jacob Uhembe, a prophet be remanded in a correctional centre in Makurdi.

The Prosecution Counsel, Sgt. Friday Kanshio told the court that the brother of the deceased, Terhemba Uhembe, reported the matter at the Divisional Police Headquarters, Daudu on Nov. 3.

He said Uhembe reported that 15 people, including the defendants, who are from Guma Local Government Area of Benue had accused the late prophet of Divine Shadow Ministry, Daudu of being responsible for the sudden disappearance of the male genital organs of youths in the area…READ MORE>>> 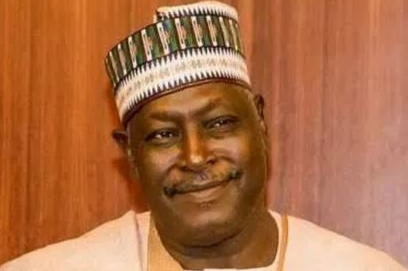 The Economic and Financial Crimes Commission has re-arraigned a former Secretary to the Government of the Federation Babachir Lawal and six others for the alleged N544million grass-cutting contract fraud.

Mr Lawal and others again pleaded not guilty to 10 counts of fraud during their re-arraignment on Monday before Justice Charles Agbaza of the High Court of the Federal Capital Territory, Jabi, Abuja.

The minister of information, Lai Mohamed has stated that Nigeria is at the mercy of Boko Haram because the country has been denied weapons to prosecute the war against insurgency.

Recall that suspected Boko Haram members attacked Zabarmari, about 20 kilometres from Maiduguri at the weekend, killing at least 45 farmers.