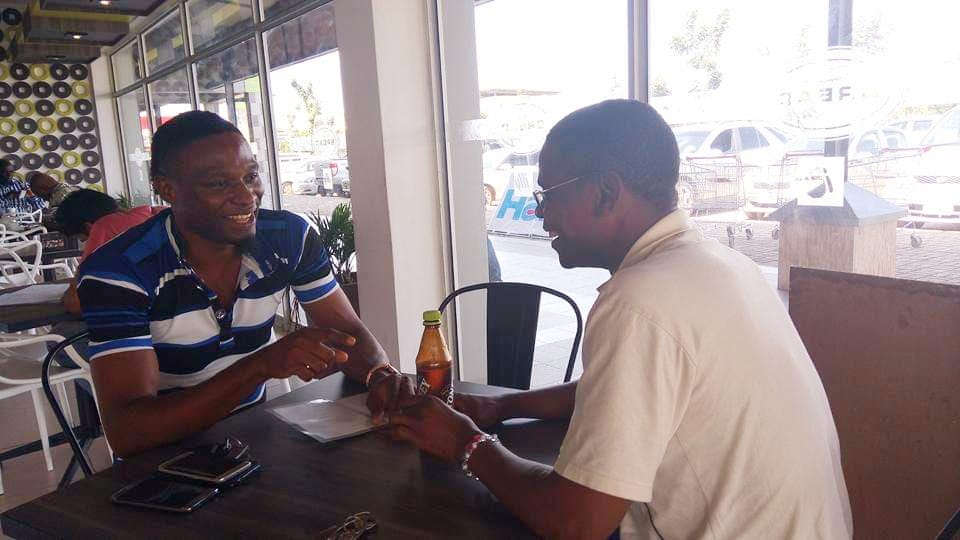 A special message to Mr Tayali and UPND members.

A video doing round sees Seer 1 attacking Chilufya Tayali in a mild but insulting manner, asking Tayali to use his head and not allow PF use him anyhow.

He is quoted saying ” everyone is working hard to see that this useless regime is taken away from power, and you are here talking rubbish all the time”.

he also abused UPND cadres saying they only know how to comment on Tayali’s facebook page which gives him joy to continue saying rubbish.

What are you looking for my friend? is it money? there is no time you asked me for money that i don’t give you, The first time we met, you asked for money and I gave you.

To you my friend Chilufya Tayali, why are you allowing PF to use you like tissue paper when you know that they will just use you and throw you away just like that.

The case you’re chasing to open has been there not just today, it was there during the time Mwanawasa, imagine an intellectual like Mwanawasa, and he couldn’t do anything about it. It was there during the time of Rupiah Banda, Guys with intellect, guys with brain in the UPND then, they all couldn’t do anything about it because they searched this guy HH and couldn’t find anything.

Its today you wake up and decide to take HH to the ACC, a commission which has been taken over by stupid cadres, cadres who are scared of everything, no intellectuals.

Simple case like Chitalu Chilufya and the likes, they couldn’t handle it because they are just bunch of nothings sitting in a chair and collecting salaries for nothing.

I will advise you my friend to stop allowing PF use you, using you to distract the youth and people of Zambia from registering to vote.