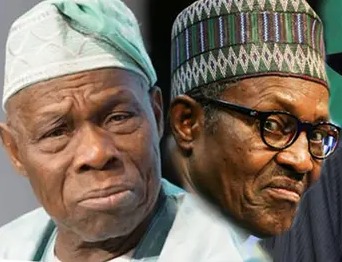 He was the Chief Press Secretary to former President Olusegun Obasanjo during his time as military head of state from 1976 to 1979,.

President Muhammadu Buhari has reacted to his passing.

In a statement by his spokesman, Femi Adesina, Buhari commiserated with the Uthoko Na Eze royal family, people of Achalla community, and Anambra State Government.

The President also condoled with the Igwe-in-Council of Achalla.

Obong of Calabar asks Ayade to step aside 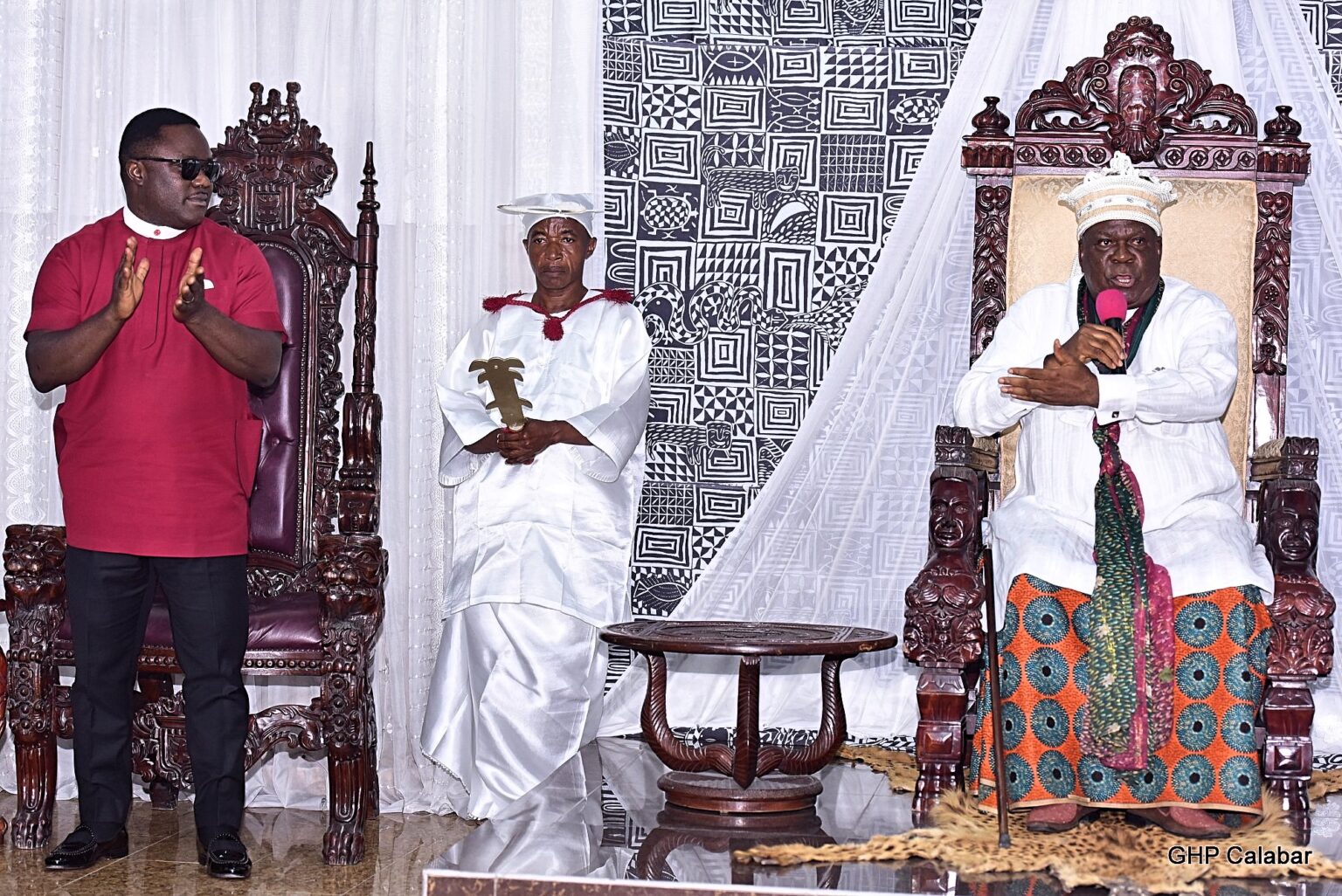 Edidem Ekpo Otu, Obong of Calabar, has asked Ben Ayade, governor of Cross River state, to step aside, Daily Trust is reporting. According to the newspaper, the prominent traditional ruler blamed Ayade for the vandalism, looting and destruction of public and private property in the state last week.

He reportedly said the governor needs to step aside to enable an interim administration come up so that he can learn governance. The Obong spoke when Liyel Imoke, a former governor of the state, paid homage to him.

“He (Ayade) has not been holding security meeting regularly. This thing would not have happened if he had called the security people together after hearing what happened in Lagos and other places; If he had called them together and tell them, look my friends; nothing should happen in my state,” he said. “The Governor should be able to open his door for people to come in, and should work with everybody. We have to face it; we don’t need to play around with it; we cannot continue this way. You tell him that there is a need for total reconciliation; a total rehabilitation of whatever he has been doing. “Everybody matters in this state. He should be able to talk to people. He wouldn’t call you and even when you call him, he doesn’t answer the call. Nobody talks to him.”

United Kingdom-based Islamic advocacy organisation, Islamic Human Rights Commission, has called on the Nigerian Government to release Sheik Ibrahim El-Zakzaky and his wife, Zeenat, who have been in jail since 2015 on baseless charges.

IHRC disclosed this in its latest communication with the International Criminal Court regarding the Zaria massacres of 2015. SaharaReporters recall that the London-based Islamic group had earlier dragged President Muhammadu Buhari, Kaduna State governor, Nasir El-Rufai, Chief of Army Staff, Tukur Buratai, to the ICC over the December 12 to 14, 2015 massacre of members of the Islamic Movement in Nigeria.

The organisation accused El-Rufai of compromising the commission of inquiry his government set up to investigate the Zaria killings by demolishing the properties of the Shi’ite group days after the incident. The Lagos State Governor, Babajide Sanwo-Olu, has approved the resumption of all civil servants on salary grade one to 12.

This was contained in a circular by the by the Head of Service, Hakeem Muri-Okunola, on Saturday.

In the circular with Ref. No: CIR/HOS/20/Vol.1/115, the civil servants were asked to resume on Monday, November 2, 2020. Civil servants on grade level 12 and below had been asked to work from home since March in a bid to curb the spread of COVID-19 in the state.

The circular read, “Sequel to the informed recommendation of the Presidential task Force (PTF) on Covid-19 and the state ministry of health advisory on same, it is hereby notified for general information that Mr. Governor, Babajide Sanwo-Olu, has approved that all public servants on salary grade 1-12 who were directed to work from home since March 2020 resume at the office with effect from Monday, 2nd November, 2020.

A Couple who were tortured and lost two pregnancies yesterday narrated their ordeal with the SARS, to the Lagos State Judicial Panel on Restitution for Victims of Special Anti-Robbery Squad SARS Related Abuses and other Matters.

The couple Mr Okuchukwu Obiechina and Mrs Ndubisi Obiechina, told the nine panel that they were awarded N2million, against SARS, by the Federal High court sitting in Lagos, but that it was dismissed by the court of appeal.

Narrating their ordeal in the hands of SARS, Mrs Nububisi Obiechina, a teacher, said they were arrested on June 2, 2017, and were detained for 22 days, in SARS custody.

President Trump reacts as US Forces rescue American in Nigeria 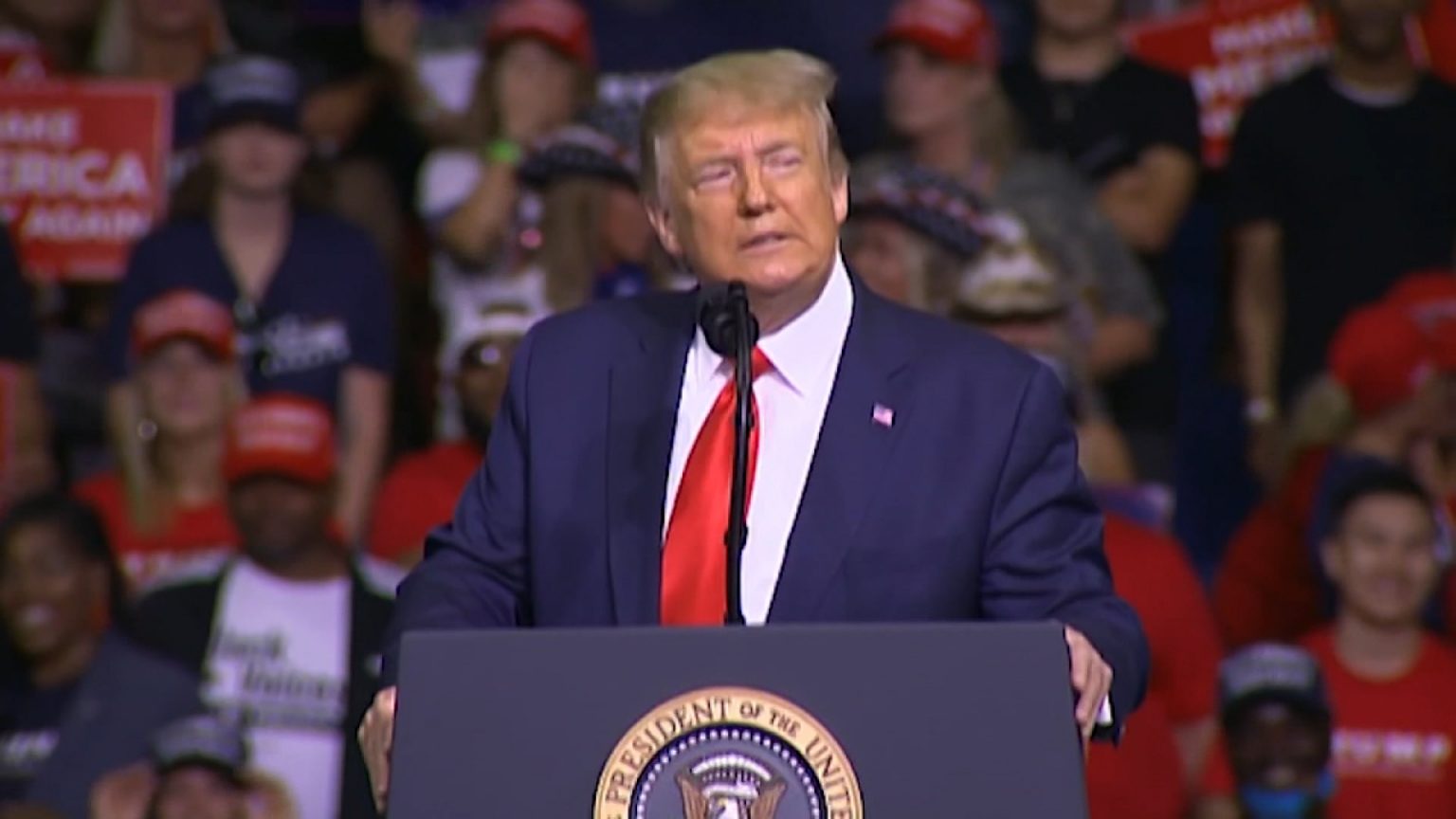 US president, Donald Trump, has hailed the “courageous soldiers” who rescued an American hostage in Nigeria on Saturday.

Philip Walton, 27, was seized by armed bandits on Monday, October 26.

Walton was moved to a location in northern Nigeria where he was held.

The Pentagon has confirmed that the operation was executed on Saturday.

“Our Nation salutes the courageous soldiers behind the daring nighttime rescue operation and celebrates the safe return of yet another American citizen!”

Eden Hazard scored his first goal for more than a year as Real Madrid moved to the top of La Liga with an emphatic win over Huesca. 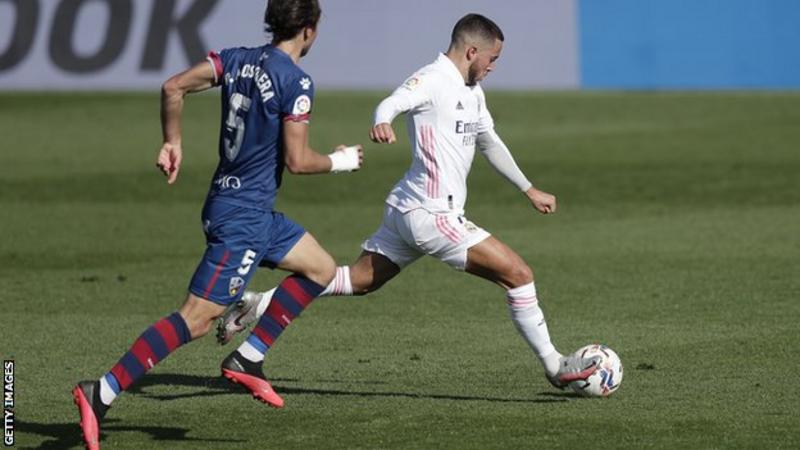 The Belgian opened the scoring with a superb left-foot shot into the left corner from outside the penalty area.

France forward Karim Benzema scored twice for the hosts, with Uruguay midfielder Federico Valverde getting their other goal.

Real, who had lost their previous two home fixtures, made a slow start and were fortunate not to fall behind against a Huesca side without a league win this season.

However, Hazard’s goal sparked Zinedine Zidane’s side into life and Benzema’s neat left-foot finish then doubled their lead.

The pair then combined to lay on the third for Valverde, with Benzema rounding off the scoring with a header after Ferreiro’s tap-in.

Real are now two points clear of Real Sociedad and Cadiz at the top of the table, with Sociedad scheduled to face Celta Vigo on Sunday (15:00 GMT).