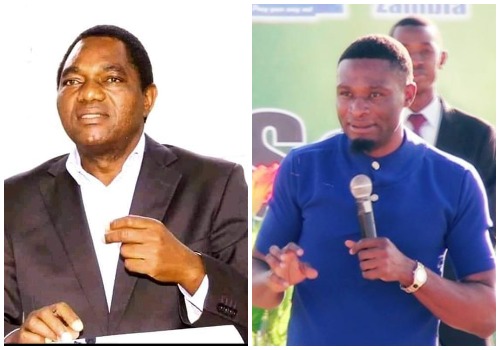 Prophet Andrew Ejimadu popularly known as Seer 1 has reached out to the opposition leader Hakainde Hichilema with advice in a video going viral. He has asked HH to take his advice and move out of his bedroom and stop writing rubbish on Facebook.

“I know i have prophesied that you will win the election, and you will win but if you don’t take time, it can be stolen from you. The people who will vote do not have time for Facebook, they are in the villages, go there and fight for the people.” Those were his words to HH.

He asked HH to stop listening to bad advice, he asked him to go to the ministry of land and natural resources and ask for the owner of ‘mukula tree’, if you are arrested the people will see that you’re fighting for them and will know you tried to find the truth.

Using former president Sata as example that he was arrested but it did not stop him from becoming the president. “I was there when Sata was teargassed , he’s an old man.” Hakainde Hichilema get out of your mansion and fight for your people, You’re an opposition but the government does not even fear you.

He also stated that if HH does not know how to be an opposition, he should come to South Africa and pay Julius Malema a visit and ask him to teach him how to be an opposition. “I have fought for you by taking my powers from them in Zambia that’s why you can see that everything they do is rubbish because they no longer have a spiritual covering.

He ended it by saying a word is enough for the wise.