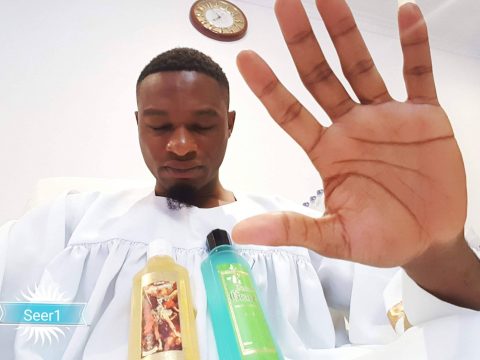 Prophet Andrew Ejimadu popularly known and called Seer 1 has hit out at the ruling party PF again, mocking them and saying that he will put spiritual division in their midst as they have failed to acknowledge how he won them the 2016 general elections.

In the new video making rounds on the internet where he has claimed that the PF will be kicked out of the state house come 2021, ” I will put division in their midst, they will fight, real fight among themselves like cat and dog.” One really cannot say if seer 1 wants the PF to worship him.

Other news claims that he has moved to the oppositions corner, pulling supports for Hakainde Hichilema Alias HH, he also claimed to have given major and top officials power through black rings which he gave them.

See video below and feel free to drop your thoughts and views;