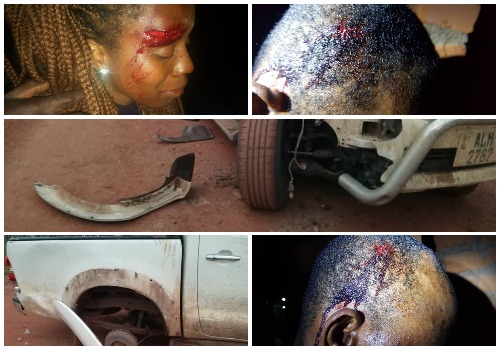 PF cadres injured two UPND members, damaged the campaign vehicle and went away with two tyres removed from the vehicle.

This came after President Lungu urged the PF members not to engage in violent acts in response to the attacks from their UPND counterparts.

The wounded have been taken to the hospital for treatments.

here are photos from the attack;

Story was first published on zambianobserver