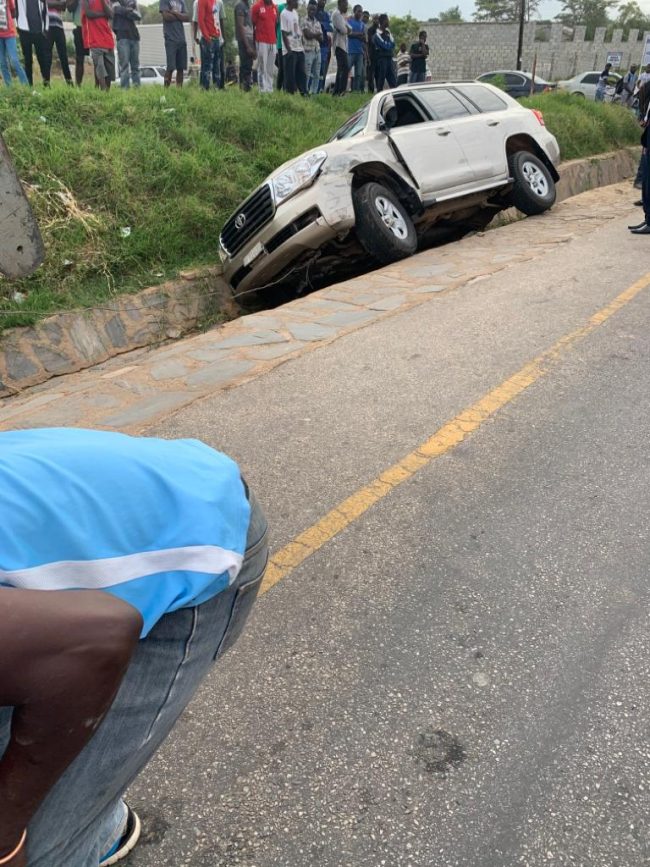 President Edgar Lungu’s political advisor Mr Kaizer Zulu said he was the victim of an accident which occurred on Tuesday.

He was accused of assaulting the school bus driver. He refuted the allegation, saying he tried as much as he could to save the lives of school pupils aboard.

The controversial politician stated this in a 50-second video clip where he explained how the accident occurred.

“When you look at the pictures, you can see who bumped into who. If I bashed into the minibus with my [Toyota] Land Cruiser, was the minibus going to survive? Look at where my car ended up! As a matter of self-restraint, I chose to save the children who were in the bus, and that’s how I went into the ditch,” Zulu said.

The latest accident wasn’t his first. In June 2018, Zulu was allegedly drunk when he had a head-on collision with another vehicle, he invited PF thugs to beat up a police officer who attempted to intervene, Zambia Watchdog had reported.

” When the police got to the scene, they tried to reason but they found KZ trying to change the plates and they didn’t know so that’s how they accosted him. It is at this point he called cadres who upon arrival started beating the officer including the officer in charge,” said the police source who sought anonymity.

Zambia’s main opposition party United Party for National Development (UPND) had called on President Lungu to sack him for his unrepentant reckless driving.