PF Official Resigns After Disclosing How His Party Rigs Elections 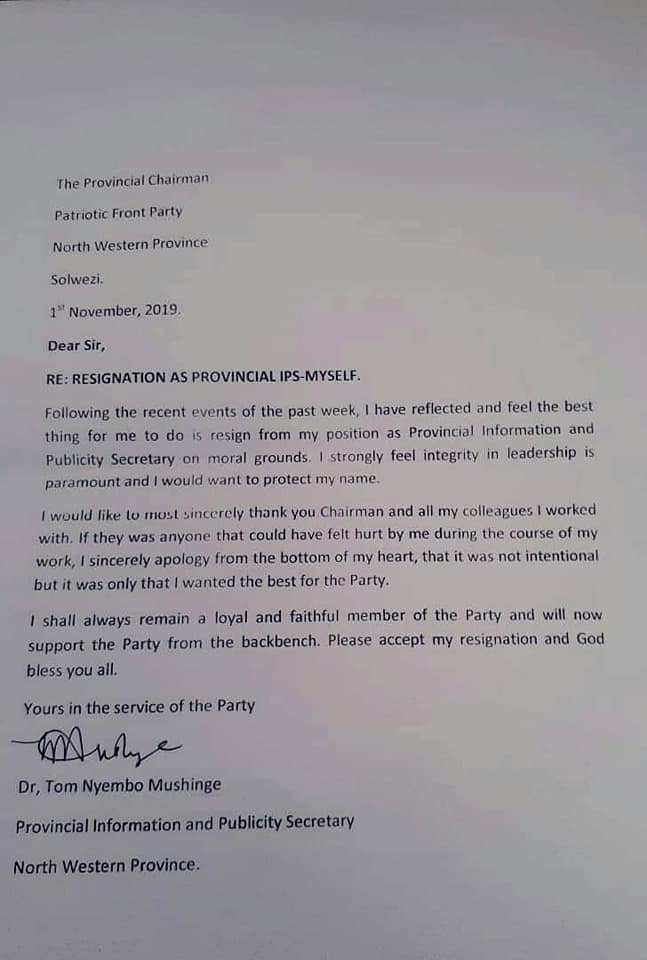 PF OFFICIAL RESIGNS AFTER DISCLOSING HOW HIS PARTY RIGS ELECTIONS.

Tom Mushinge who was the party’s Provincial Information and Public Secretary on Friday 1st of November tendered his resignation letter to everyone’s utmost surprise.

This is barely a week of him telling the whole world that his party has been rigging elections using various means.

In his letter he cited forfeiting his position is solely on moral grounds, stating that integrity in leadership is paramount and would love to protect his name. Most people believe the rigging of elections by all means by the PF has triggered his resignation.

“I shall always remain a faithful and loyal member of the party and will now support the party from the backbench. Please accept my resignation and God bless you all.” These were his exact words at the end of the letter.

While some are of the opinion that PF are trying to play tantrums with all these, some hold that with the recent happenings, the party looks more like its crumbling.