Kaoma mortuary shut down indefinitely due to 15-hour loadshedding 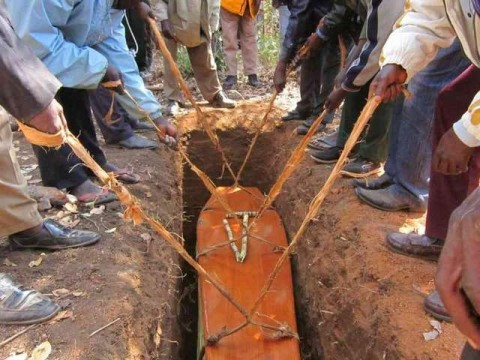 Zambians may have to bury bodies of their beloved ones within 24 hours after death. This is due to terrible power supply in the Southern African country.

In a communique signed by Kaoma District commissioner Kennedy Liale Mubanga, 15 hours a day loadshedding could not sustain the running of Kaoma mortuary, culminating in its shut down, Zambia Watch Dog reported Friday.

The statement read, “It is hereby notified for the attention of members if the general public in Kaoma District in particular that following the unstable power supply, the Kaoma District Hospital Mortuary refrigeration system has been rendered ineffective. This means that bodies deposited in the mortuary are unable to freeze.

“Members of the general public are therefore strongly advised to bury bodies of their beloved ones within 24 hours after death has occurred.

“Government, therefore, wishes to solicit the support the support of members of the general public in Kaoma District and surrounding areas in this regard.”

Mr Mubanga said the PF-led government of President Edgar Lungu “is making” efforts to mitigate the effects of power shortages in the country.

In November 2016, the same hospital was in the news when the district Patriotic Front Youth Chairperson, Alick Kalimbwe, appealed to its management to expedite the process of eradicating rodents that were mutilating body parts of dead people in the hospital mortuary.