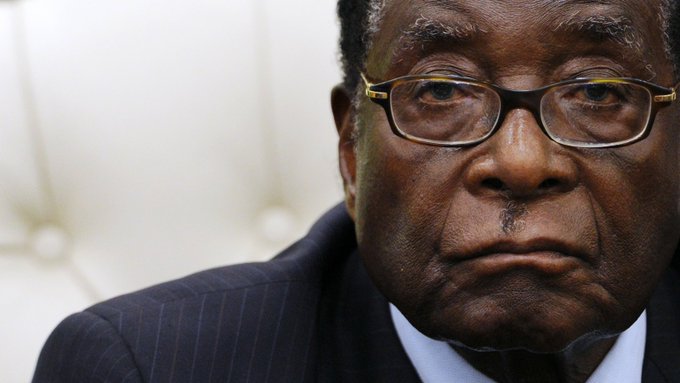 At about 6.00 am Friday, President of Zimbabwe, Emmerson Mnangagwa via his twitter handle @edmnangagwa announced to the world that ex-president Robert Mugabe had died.

His tweet read, ”It is with the utmost sadness that I announce the passing on of Zimbabwe’s founding father and former President, Cde Robert Mugabe (1/2)

”Cde Mugabe was an icon of liberation, a pan-Africanist who dedicated his life to the emancipation and empowerment of his people. His contribution to the history of our nation and continent will never be forgotten. May his soul rest in eternal peace (2/2).

He was first heralded as a liberator who rid the former British colony of Rhodesia of white minority rule, however, Mugabe was later to use repression and fear to hold on to power in Zimbabwe for more than three decades until he was finally ousted by his previously loyal military generals.

What separated Mugabe from the rest was guts, he had the guts to speak his mind, excellent orator and great sense of humor

The former president had been battling ill health, and it appeared that with his humiliating fall from office in November 2017, his stamina gradually seeped away rapidly.

Twitter user @Mr_Allwell said ”People must always come first in any process of sustainable development and let Africans come first in the development of Africa. Not as puppets, not as beggars but as a sovereign people. – my favourite Mugabe’s quote. #RIPMugabe while @docfarai ”I’m conflicted #RIPMugabe you leave a very complicated legacy. Some will forever admire you as a liberation hero, but many who suffered under your harsh rule will only remember a dictator who ruined a country with great potential. You have run your race now time to face your Maker.

Throwback to my favourite Robert Mugabe Speech ….We are not Europeans… So Blair keep your England and I will keep my Zimbabwe…

Another twitter user @AdvBarryRoux said ”Some of Robert Mugabe’s speeches targeting Tony Blair. Many of which are around Mugabe’s land reforms enactment that involved taking Zim lands from White farmers & giving them back to Zimbabweans. #RiPMugabe #RiPRobertMugabe #RobertMugabe   while yet another user
@malusi_dzanibe said ”I’ve learned that the Zimbabwe old man is no more Despite his flaws which seemed to supersede his good deeds, the man stood firm on a vision for African independence, May his vision lives amongst those with its interest at heart #RipMugabe.