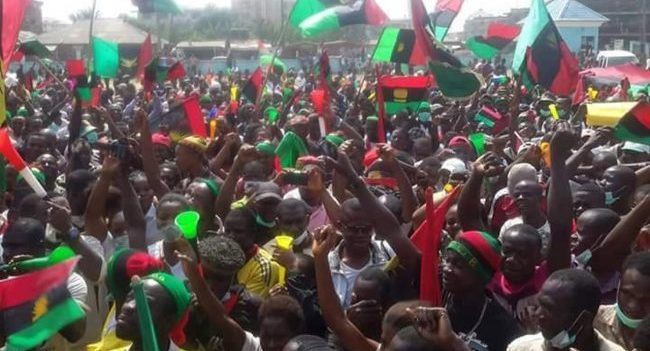 NLC Chairman in Enugu state, Virginus Nwobodo, who among other union leaders paid a visit to Chief Nwodo at home, described the attacks as unfortunate, saying rather than pouring accolades on Nwodo, the group hauls insults on him.

He added that the NLC “condemns unequivocally the venomous outburst, insults and boundless vituperative attacks on one of the great leaders of Igbo nation.”

Decrying any situation that could lead to another war, he urged IPOB to embrace the peace that can lead to a referendum/restructuring.

Meanwhile, Nwodo thanked the NLC for their unflinching support, especially at this critical period in the nation’s history.

He regretted that after fighting for the release of the IPOB leader, Nnamdi Kanu, from detention and defending IPOB at different fora, including outside the country, he would become the object of invectives and abuse.

He expressed satisfaction for awakening the consciousness of Ndigbo and Nigerians at large to the need for an equitable and egalitarian society.

Nwodo also pledged to use the remaining 15 months of his tenure to work assiduously not to disappoint those who support and believe in him.