Governor Emeka Ihedioha: A Case Of Clueless, Vindictive And Uninspiring 100 Days In Office 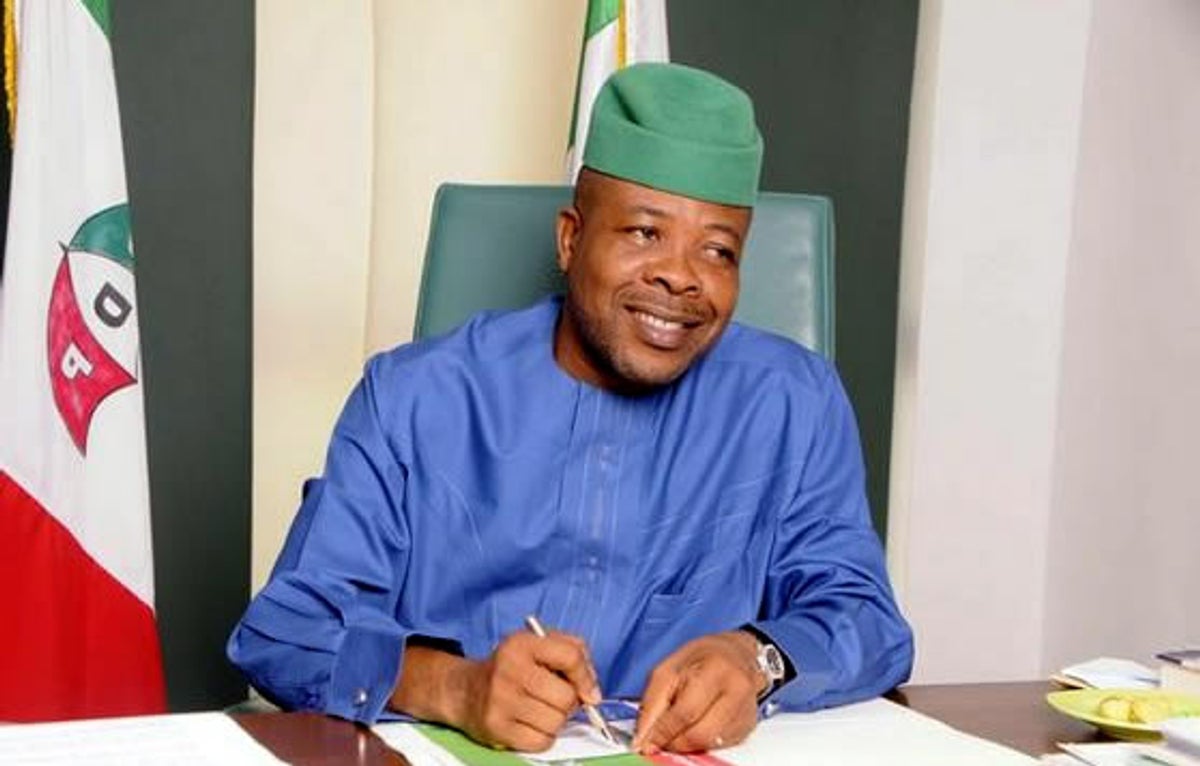 When Rt. Hon Chief Sir Emeka Ihedioha stood on the podium at the Dan Anyiam Stadium in Owerri to take his oath of office moderated by the Chief judge of the state, Paschal Nnadi on May 29, 2019 before a large crowd shortly after his deputy, Gerald Irona had taken his oath of office and allegiance, the bulk of onlookers and witnesses on that day would have thought they were entering into a dispensation of what will possibly be an administration that will build on whatever has been done and strive to make his mark felt on the 3.9 million people resident in the state.

But, the 54-year-old governor’s 100 days in office has been anything but inspiring.

One would have expected that a governor who is assuming office for the first time would be bringing a lot of dynamism and burst of fresh air with his set of ideas and innovations which he cannot wait to churn out to change the lives of his statesmen.

But that unfortunately is far from what can be gleaned from the governor’s activities and reactions, both from within the state and even of feelers from those without within the last 100 days in office.

The South Eastern state of Imo came into existence in 1976 along with other new states created under the leadership of the late military ruler of Nigeria, Murtala Muhammad, having been previously part of East-Central State.

And could possibly be said to have been on a continuous and steady rise since creation.

But as it stands, the next four years may possibly be one of vindictive, petty and personal aggrandisement of one man for the state if nothing changes in the style of governance the current governor has chosen to tow.

This is because within the last one hundred days of the administration of Governor Emeka Ihedioha, he has chosen to rather than face the daunting task of governance concentrate his energy, might and strength in witch hunting his predecessor, Rochas Okorocha who is now a Senator in Nigeria’s 9th National Assembly.

From the tearing down of some major structures built by the former governor, to repeated spats on the pages of newspaper and accusations of theft and corruption against Rochas Okorocha, governor Emeka Ihedioha’s 100 days in office has been nothing short of a disappointing run.

At this point a good survey of what people think about his performance would suffice in order to have an unbiased feel of his 100 days. Highlighted below are feelers from Nigerians on social media:

IHEDIOHA is Building 27 stadium for all the 27 LGA, I think IMO state is about to host WORLD CUP and OLYMPIC Cup

Each of this LGA has civic centers with a standard football pitch for amateur football, but they are all dilapidated. What he needs to do is revive them not to build a stadium for each LGA.

Yes, Gov Ihedioha is maybe 3 days from celebrating 100 days in office, we should at least see the blue print of what he is to do.
We have seen one, to build 27 stadiums in the state, and it's not a good one.

When ihedioha is creating and igniting fire and tension in IMO state, he has no time to work, he pursuing his arch enemy ooo, no time now for imolites ,ikpeazu means the last, so don't expect him to be in front

Even though some of his purported achievements within the last 100 days includes his inauguration of first phase of Imo waste bins, trucks, capactors fire fighting and sanitation equipment, at Cenotaph Arena, new Owerri, these little actions have been dwarfed to a large extent by many other issues the governor appears to have concerned himself with so far.

The governor has been locked in a battle of wits with the senator in an increasing drive to appear superior.

The increasing public spat between the governor and Senator Rochas Okorocha took a new dimension last week after the governor called for the arrest of the senator.

The governor annoyed by the assault meted out to the Chairman of the Recovery of Government Properties in the state, Mr. Jasper Ndubuaku by some youths whom the government believes were instigated by Okorocha to invade the property of the former governor had ordered for the former governor’s arrest.

But Okorocha is having none of such as he declared that his successor would be inviting anarchy if anyone arrested him.

While the governor accused Okorocha of plundering the state and wanted the public assets allegedly stolen returned, the senator denied the allegations accusing him of vendetta.

The opinion expressed by Dr Ugoji Egbujo, in an opinion piece in the Vanguard Newspapers captures Ihedioha’s situation succinctly;

But state sponsored thuggery is criminal. The Imo state government knows lawful and peaceful ways to recover  stolen assets. It knows that the law doesn’t permit thugs regardless of what uniforms he issues to them to roam around   in.

Only courts can   seize and confiscate assets of   people suspected of embezzlement of public funds and corruption.

The method chosen by Ihedioha is lawless . And it’s a recipe for real disaster. Imo must not become Rivers. But not even in Rivers state have we seen a sitting governor send thugs and   policemen to rummage through the houses of a former governor and his family.

It would appear that the opinion expressed  by the media to the former governor, Sam Omwuedo is true given the responses of the governor himself.

Sam Omwuemeodo had said of the governor as being ‘cowed by Okorocha’s achievements or footprints’.

While even that assertion is hugely debatable as the administration of Rochas Okorocha has quite a number of issues to clarify, Goernor Ihedioha is unfortunately also is showing us all how governance shouldn’t be done.

It is however hoped that governor will retrace his steps and focus solely on the onus task of governance.