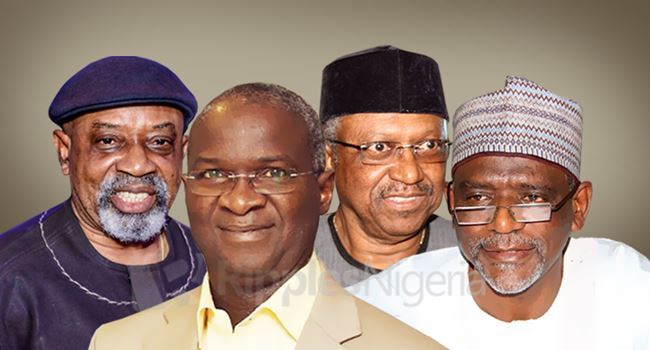 President Muhammadu Buhari on August 21, 2019, inaugurated 43 Ministers for his second term tenure. The Ministers are, by default, saddled with the lofty responsibility of seeing to the planning and execution of the Next Level agenda of the President.

While President Buhari was addressing the Ministers during a 2-day retreat, held on August 19 and 20, 2019, in order to enlighten them on the national task at hand, stressed that his administration would depend on them to implement policies and programmes to lift Nigerians out of poverty.

The President’s statement brought to light the weight of the tasks which the Ministers are expected to perform. It is well-thought-out that lifting Nigerians out of poverty would directly mean that the Ministers would work extremely hard in ensuring that Nigeria gets a significant boost in its Human Development Index (HDI) ratings, which is a summary measure for evaluating long-term progress in three basic dimensions of human development: a long and healthy life, access to knowledge and a good standard of living, of which Nigeria lags far behind.

Professor Adamu Adamu was reappointed to continue to run the affairs of the education ministry. Sadly, fortune has not shone on the ministry under his watch as the standard of education keeps nose-diving. The underfunding of the ministry, over the years, has been attributed to be the striking reason for this. The funding for education has continued to rotate between 5%, 6% and 7% of the national budget.

In November 2018, when President Buhari visited France, he assured the Nigerian community there that education would be better funded in 2019. “We are currently reviewing investments in the entire infrastructure of the country like road, rail and power, including investing more in education. We will certainly need to do more in education,” he vowed. Afterwards, the education sector only got N620.5bn, in the 2019 national budget, which is about 7.05% marginal raise over the total of N605.8bn budgeted for the sector in 2018. In 2017, N398bn was given to the ministry. This is against the United Nations Educational, Scientific and Cultural Organisation (UNESCO) global standard of giving 26% of the national budget to education.

In a reaction to the budget allocation, the National Chairman of the Academic Staff Union of Universities (ASUU), Professor Biodun Ogunyemi said: “The budget (N620.5bn) is to prove that the ruling class in Nigeria does not prioritize education. This is contrary to what the Minister of education told us that they (government) were striving to raise education budgetary allocation to 15 per cent. Go to Ghana; in the last 10 years, they have never budgeted less than 20 per cent for education. There is South Africa, Egypt, among others,” he lamented.

This poor funding is apart from the issue of having 10,193,918 out-of-school children as revealed by Adamu, on April 12, 2019, after the ministry conducted a National Personnel Audit of private and public schools in Nigeria.

Looking at these nagging issues, they certainly raise doubts on how Adamu would be able to tackle the challenges that have kept Nigeria’s standard of education at the lowest ebb when compared to other countries. Indeed, it is has been argued in different quarters that the President Buhari-led administration cannot make a headway in the education ministry if the right amount of fund is not injected in it.

Just like Adamu, Ngige was reappointed to continue to take charge of the Ministry of Labour and Employment. The task resting on the shoulders of Ngige is enormous as unemployment rate keeps skyrocketing. The National Bureau of Statistics, (NBS), puts jobless rate at 23.1%, underemployment at 20.21% and youth unemployment at an appalling 55.4 %. Meanwhile, inflation rate stands at 11.25% which frustrates businesses from expanding and creating greatly needed jobs.

Already, Nigeria is the world poverty capital as declared, in 2018, by the World Poverty Clock with an estimated 87 million Nigerians living in extreme poverty. This prompted the Vice President, Professor Yemi Osinbajo, on August 28, 2018, during a question and answer session of the 58th Annual General Conference of the Nigerian Bar Association, (NBA), as reported in various media channels, to declare that the Federal Government is putting the sum of N500 billion into wealth creation and poverty alleviation.

The ongoing National Social Investment Programmes, (NSIP) – especially the N-Power programme which the Federal Government claimed has provided job to over 500,000 graduates – rolled out by the Federal Government to create employment and alleviate poverty cannot be said to be measuring up enough to ameliorate the situation. More so, the TraderMoni scheme which is a micro-credit scheme aimed at empowering 2 million petty traders, championed by Vice President Osinbajo, across the country, has been heavily criticized for not being a most sustainable approach to creating wealth.

As all these rage on, some state governors have already declared their inability to pay the approved N30, 000 minimum wage to their state workers. Ngige, surely, has a big headache to cure in his ministry.

The health ministry in Nigeria has been in ruins, for years. Dr. Ehanire is going to have a tough time fixing the mess in the ministry. Available statistics pertaining to the health system in Nigeria is simply scary. In the United Nations’ 2019 State of the World report, Nigeria’s life expectancy is 55 years. It is, however, marginally better than only Sierra Leone (53 years), Chad and Central Africa Republic which have 54 years each in the index. Countries like Ghana, South Africa and Ethiopia are better than Nigeria; having 62.74, 62.77 and 65.48 years life expectancy respectively.

The African Population and Health Research Centre (APHRC) reports that one Nigerian woman dies every 13 minutes – which is 109 women dying each day – from preventable causes related to pregnancy and child birth. Its annual 40,000 maternal deaths account for roughly 14% of the global total; according to the Kenya-based APHRC. Not-too-long ago, a UNICEF report ranked Nigeria as the 11th highest on newborn deaths, with 29 deaths per 1,000 births of newborn. Upon these, Nigeria is still one of the top three countries in the world where polio is still endemic.

Going through the above, coupled with the dilapidated state of medical equipment in hospitals nationwide, one would not ask why government officials and the rich in the country rush abroad for medical care.

The problems surrounding housing, however, has remained the bane of Nigerians for decades. Just this year, the head of the Federal Mortgage Bank, Ahmed Dangiwa, put the country’s housing deficit at 22 million with the bulk of that in urban areas of Abuja, Lagos and Port Harcourt.

The Federal Government estimates that the ministry of housing would need about $400 billion investment over the next 25-30 years to resolve this deficit. The World Bank, on its part, are of the view that bridging the deficit will cost Nigeria about N59.5 trillion, a figure that is in sync with the estimate of Federal Mortgage Bank of Nigeria which puts it at N56 trillion for it to be able to adequately address the housing needs of Nigerians.

As the population of the country grows exponentially, the efforts of the government would be hard put to address the housing problems. Fashola needs a magic wand to be able to make a difference in the housing challenges facing the country.

With all cards laid out, it remains to be seen how this special set of appointees under the Buhari administration would acquit themselves, measured against global standards, and the unenviable task of running with a strangulating budget.

The big question, therefore, needing a far distant answer is, ‘Have Adamu, Ngige, Enahire and Fashola been programmed to fail from scratch? The clock thicks!