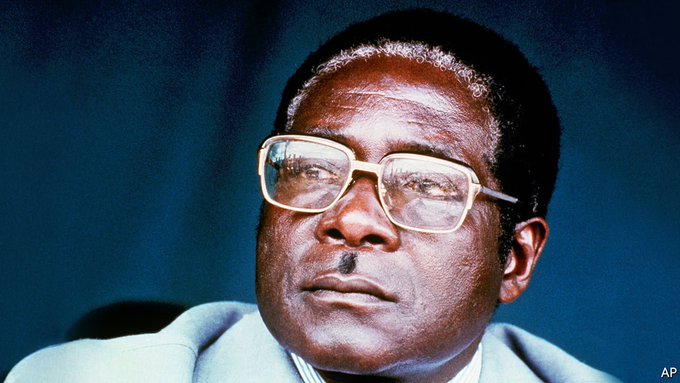 Its probably no longer news that Zimbabwe’s former president, Robert Mugabe is dead.

Reports have it that he died in Singapore where he had regularly gone to receive medical treatment surrounded by friends and family.

He led the country from 1980 to a dramatic exit in 2017 after being ousted by the military.

Robert Mugabe served as the first prime minister for Zimbabwe from 1980 – 1987. He was known for ending white rule in Zimbabwe in 1980.

He was imprisoned in 1960 for more than ten years for criticising the government in 1964.

Below are 6 videos that would make you love the man called Robert Mugabe.

We take a look at his rise to power and controversial leadership. https://t.co/8hZ6WQuDoo

Some of Robert Mugabe's speeches targeting Tony Blair. Many of which are around Mugabe's land reforms enactment that involved taking Zim lands from White farmers & giving them back to Zimbabweans. #RiPMugabe #RiPRobertMugabe #RobertMugabe pic.twitter.com/Hz6NZcWE4Z

In 1979 President Robert Mugabe wrote, "only a dead imperialist, is a good one". #RIPMugabe you were a true revolutionary. Fearless. May we learn from your mistakes, and may we carry your spirit to fight for our Land. pic.twitter.com/4nsBwXl8eq