100 days after May 29: Calm After the Storm as Nyesom Wike goes quiet after reelection battle 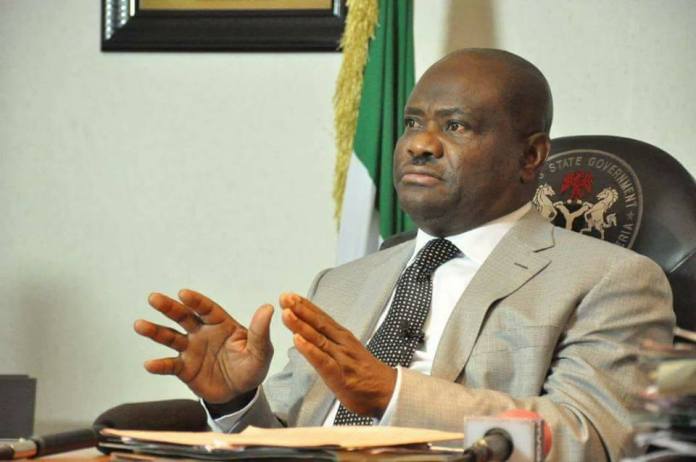 On 29th of May 2019, Governor Nyesom Wike of Rivers State, for the second consecutive time stood before a mammoth crowd of Rivers State indigenes and eminent persons to take the oath of office.

Coming from a first tenure which itself was a potpourri of sorts in the state as he battled and flexed muscles with his erstwhile political mentor now turned adversary in the person of Rotimi Amaechi on the one hand and trying to run the state on the other, his victory at the polls, in fact, came as a surprise to many who had thought he will be defeated by the Federal might of the All Progressives Congress (APC).

But the APC itself was locked in an internal battle between frontline contenders for its gubernatorial ticket which thus to a large extent secured the victory for Governor Wike who continues to fly the Peoples Democratic Party (PDP) flag in the state.

If you have never watched anything I asked you to, let this be the first time. You won't regret it. In this video, you'll find one of the best talk show hosts in nigeria aka @Dee_shark, trolling Gov. Nyesom Wike. It is content you didn't know you needed.
https://t.co/3jD3rTQ2uI pic.twitter.com/Y5tle44pCF

However, attesting to some of his achievements during his first term in office, the Rivers State Chairman of the PDP, Bro. Felix Obuah had said this of him in his new year congratulatory message;

“Time and space may fail me if I begin to catalogue all the achievements of Governor Nyesom Wike in just three and a half years in office. He promised to open the courts and he did. He promised to restore the House of Assembly and he did. Befitting accommodations have been provided for judges, doctors, etc.

“There’s a massive improvement on infrastructures, excellent road networks, housing development and above all, he has ensured that all sectors of the economy receive adequate attention. Civil servants and pensioners’ salaries are up-to-date”, Bro. Obuah declared.

While urging Rivers people to consolidate on the gains of Governor Wike’s fruitful administration, Bro. Obuah urged them to reciprocate the gesture by voting massively for Wike during the Governorship election.

“That would be a befitting New Year gift for Governor Wike and a good demonstration that one good term deserves another”, he said.

Leaders of the Muslim community in Port Harcourt, Rivers State, have condemned the demolition of a Central Mosque in Trans-Amadi, as they called on President Muhammadu Buhari, Governor Nyesom Wike and members of the National Assembly to intercede on behalf of the over 10,000…. pic.twitter.com/XEOHdOphbz

It is, however, difficult to say if this thought is also carried by several Cross Riverians as the governor’s performance was probably overshadowed to a large extent by the side fights and power play between him and Rotimi Amaechi.

Arising from the political upheavals in his first term, Cross Riverians were possibly expecting a much more impactful second tenure.

But how has the governor fared, 100 days into his second tenure?

Gauging public opinion on twitter as well as news reports which have emanated from the state within the last one hundred days, it appears the governor has done much to impress the state’s citizenry.

The governor’s first hundred days in office has been neither here nor there.

Rivers governor, Nyesom Wike, says he will reveal the identity of security agents behind the ‘invasion’ of the collation centres in the southern Nigerian state.https://t.co/ec6PdS5gVO#VideoOftheDay #VOTD #NyesomWike #Nigeria #NigeriaDecides2019 #NigeriaDecides #Rivers pic.twitter.com/A8szLUnAGX

Rather Governor Wike on the one hand and the government on the other which he leads appear to have continuously courted controversy.

Just recently, the state government was in the news for allegedly destroying a place of worship in the state. The news was the talk of the town for a large chunk of the past two weeks

While the government has denied the allegations, Muslim adherents have continuously refused to take the government’s argument as various Muslim bodies still intermittently issue threats of reprisal attacks on Christian facilities.

The PDP has never had such a decentralised campaign before as Atiku’s and it is tactically efficient and stunning in effect – bigwigs stay in their states and campaign hard rather than going everywhere with Atiku.

This is Gov. Nyesom Wike in Rivers.pic.twitter.com/mlOk60FDxH

Again shortly after resuming office, the governor stroked the embers of religion which is a nation like Nigeria is a very touchy issue when he declared rather un-apologetically that Rivers state is a Christian State.

He had made the declaration when the Lord’s Chosen Charismatic Revival Movement Church held a crusade in the state.

This had promptly set tempers flaring with youths in Northern states like Kano threatening to unleash violence on churches in the state.

All these appear to have beclouded the achievements of the governor in his first hundred days in office if there is any to make the spotlight.