Buhari’s Govt. Has No Ground To Continue Detaining My Husband – Sowore’s Wife 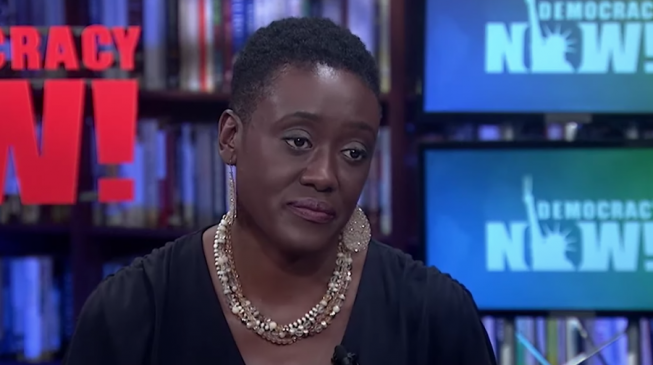 Opeyemi, wife of Omoyele Sowore, #RevolutionNow campaigner and activist, has spoken up on the continued detention of her husband.

She has demanded for the immediate release of her husband.

Recall that the Department of State Services (DSS) had arrested Sowore at his hotel apartment earlier on August 3, just two days before the #RevolutionNow protest was scheduled to commence.

He was thereafter transferred to Abuja while the agency secured a court order to detain him for 45 more days.

In an application which was filed at a federal high court in Abuja two weeks after his arrest, the DSS had accused Sowore of conspiring with Nnamdi Kanu, the leader of the Indigenous People of Biafra (IPOB) with intention to overthrow the government of President Muhammadu Buhari.

The DSS had also alleged that he held a series of meetings with some foreign collaborators outside Nigeria, including Dubai, where millions of dollars were given to him to sponsor a widespread attack on Nigeria with a view to violently removing Buhari.

But speaking on a TV programme, Democracy Now in the US, Sowore’s wife said her husband had never been to Dubai, talkless of having a meeting with anyone.

On the programme, she also narrated how her husband had contacted her shortly before he was picked up via text.

She said he had been in solitary confinement, adding that she and her children had spoken to him just twice since his arrest.