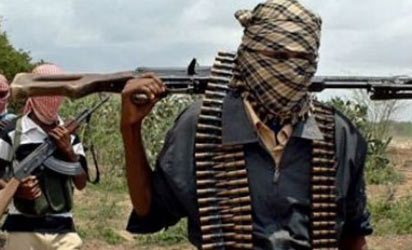 One person has been reportedly killed and four others injured after gunmen attacked a farm along Kasuwan Haske Tanaye, in Takum Local Government Area of Taraba State. According to the Chairman of the Council Shiban Tikari, the five persons who are all family members were harvesting their crops when the bandits stormed the farm and opened fire on them….. Read More >>>

The Oyo State Police Command says it has arrested a self acclaimed pastor who lures his female victims to his hideout and rapes them after dispossessing them of their belongings. The News Agency of Nigeria (NAN) reports that the suspect was one of the 29 paraded by the command on Monday in Ibadan. The Commissioner of Police in the state, Shina Olukolu, said… >>> Read More >>>

The Abuja Division of the Federal High Court has been asked to declare the leader of the proscribed Indigenous People of Biafra, IPOB, Mazi Nnamdi Kanu, a fugitive. The plaintiff, Mr. Donald Okonkwo, who identified himself as “a law-abiding citizen” and indigene of Agbor town in Delta North… Read More >>>