What Buhari Said About Terrorists Killing and Shouting ‘Allahu Akbar 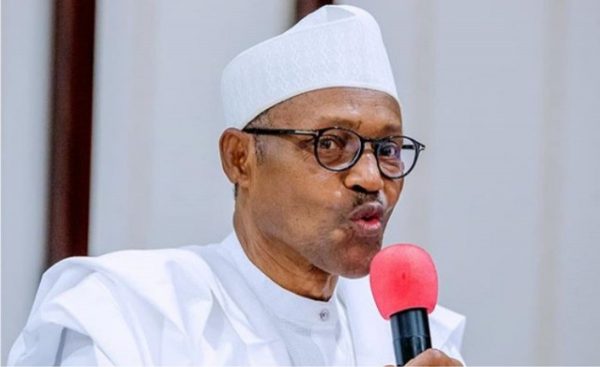 According to Nigeria’s President, Muhammadu Buhari, those who kill innocent people with bombs and knifes, shouting ‘Allahu Akbar’ are lairs and lack knowledge about Allah. President, while visiting the Internally Displaced Persons (IDP’s) in his home state Katsina State said the terrorists perpetrating such evil acts are lairs because “Islam did not give individuals the right to kill others without following due process in the court of law.” Buhari had visited them to sympathise with them over their displacement by the insurgency.

Read his full speech below.

“All those whose activities is to kill people and saying ‘Allahu Akbar’ are lying because God is not wicked. You can’t carry bomb or gun, sword or knife to go and kill innocent somebody and say ‘Allahu Akbar.’  This implies that you either don’t believe in God or you don’t know what you are saying.

“There is a popular Hausa adage which says it’s the rat in the house that tells the rat outside that there is fish in the house, so within yourselves, your neighbours and even your relatives there are informants.”

“I am here to sympathize with the entire people of the state over the unfortunate incidents that have been claiming lives of innocent people,” he said.

“Islam did not give individuals the right to kill others without following due process in the court of law.

“The Federal and states government will do everything possible to eradicate all forms of insecurity in the nation as soldiers and police have been given all the necessary support by the government.

“We are doing our best to checkmate the activities of armed bandits and insurgents in the country.”