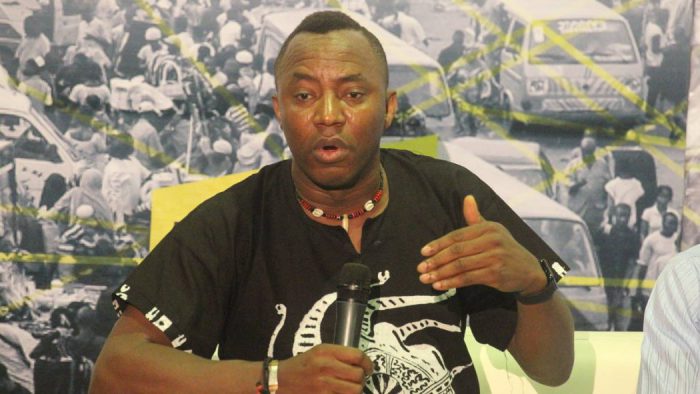 The outspoken presidential candidate of the African Action Congress, AAC, Omoyele Sowore has landed in fresh  trouble following his suspension as the National Chairman of the party over alleged financial misappropriation.

This was declared by the party’s National Executive Committee(NEC) in Abuja on Monday.

According to the party’s NEC which is the highest decision taking body the presidential candidate is being suspended over offences bordering on anti-party activities, failure to convene NEC meeting and financial misappropriation.

The committee also announced that the suspension of Sowore and other members of his executive takes effect from March 27 and it is to last for six months except overturned by a National Convention of the party.

The highest decision making body in the African Action Congress, AAC also stated that the suspension takes effect from March 27 and will elapse after six month except decided otherwise by the party’s national convention.

Meanwhile there are report that the presidential candidate may be prosecuted over the alleged financial misappropriation.

“Thousands of you donated your time, skills, energy and funds to our epic campaign. This document is a thorough accounting of the funds that were donated and the uses to which they were put by the campaign,” read the document which was signed by Sowore and Malcolm Fabiyi, the Director-General of the ‘Take it Back Movement’ as the campaign was codenamed.

“We staged hundreds of events in Nigeria and around the world, giving voice to the powerful yearnings of our people for true and positive change.

“Only the financial donations that were received are captured in this document. Although the tens of thousands of volunteer hours that many of you put into the Sowore 2019 effort might never be captured on paper, the impact of those donations-in-kind was felt all over Nigeria.

“To all those who gave generously of their time and energies, we say THANK YOU. Stand with us as we continue to work towards Taking Nigeria back.”

Do you think this will lead to the end of Omoyele Sowore short political career ?  Share your views below