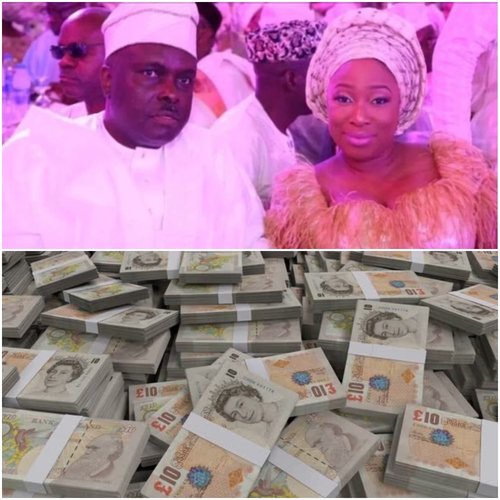 James Onanefe Ibori, former governor of the oil-rich state of Delta, like other political office holders in Nigeria, had some criminal charges against him before emerging the governorship candidate of the Peoples’ Democratic Party (PDP) January 9, 1999.

One interesting aspect of his political career despite allegations and charges, James Ibori nearly became Nigerian president under the former ruling party (PDP).

How he was caught with a stolen credit card in London

Ibori’s political adventure can best be described as the story of a wily political operator, backing the right political horses and shifting allegiances when expedient, BBC said in its 2012 article by Andrew Walker.

Before he was nailed, it was reported that Ibori claimed that he was a successful businessman before joining politics.

He was caught by his employer allowing his wife to walk through the till he was manning without paying for goods.

They both pleaded guilty at Isleworth Crown Court and were fined. In 1992, he was convicted for possession of a stolen credit card, which had £1,000 spent on it, and was again fined in a UK court.

According to the BBC report, Ibori then returned to Nigeria intending to become a political capitalist.

Military leader Ibrahim Babangida had scheduled elections to return Nigeria to democracy in June 1993. Ibori worked for the governorship campaign of a friend. 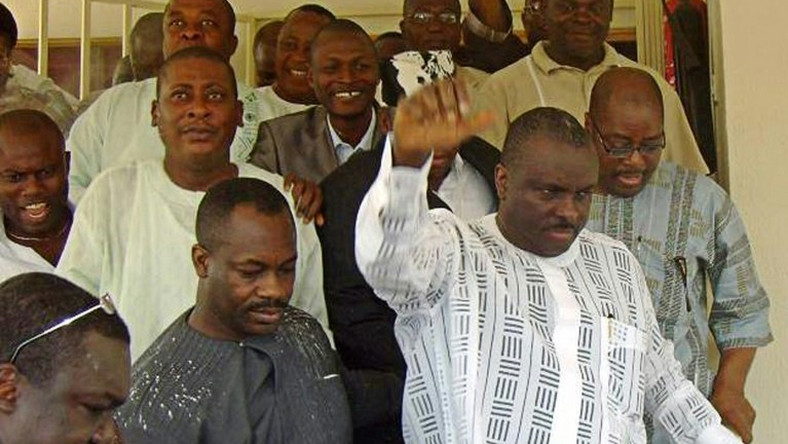 The experience gave him good connections with the parties that would eventually merge to form the People’s Democratic Party, now an opposition party in Nigeria.

The 1993 elections were cancelled by Babangida. Later that year, Gen Sani Abacha staged a coup which ended the interim regime headed by Chief Ernest Shonekan.

BBC quoted Antony Goldman, who worked as a journalist in Nigeria for many years as saying it was time for Ibori to assume political prominence by offering his services to Abacha.

“He had an unspecified role in security,” Mr Goldman said. “That could be anything, it was a very murky business.”

Suspicious transfer of millions of dollars to US banks

In the mid-1990s, Ibori was questioned by the Federal Bureau of Investigations (FBI) in the US about how he came into the possession of millions of dollars that he transferred to accounts in the US.

Nigeria celebrates a man who refused to prosecute James Ibori.

Abacha died in 1998 and Ibori switched horses again, attaching himself to influential northern politician Atiku Abubakar, who went on to become vice-president from 1999 to 2007.

In 1999, Ibori took out a mortgage on a property in Abbey Road, London. To do that, he got a new passport with a false birth date to mask his previous convictions, the BBC reported

The birth date he chose was in fact medically impossible as it was only a month after his sister’s birthday.

Ibori was installed as the governor of the oil-rich Delta State in the 1999 elections.

In order to take office in Nigeria, he had to swear an affidavit that he had no convictions. To do this, he used the same birth date he had made up to acquire his mortgage.

It was this evidence that would, in a London court 14 years later, spell the end for Ibori.

Soon after he became governor, Ibori paid off the Abbey Road mortgage in cash.

He went on to buy three other properties in the UK. He paid £2.2 million in cash for a house in the plush London suburb of Hampstead.

In 2005 the Metropolitan Police began to take an interest in Ibori after they came across a purchase order for a private jet, made through his solicitor in London.

It was just after this that Ibori shifted horses again, switching his allegiance from Mr Abubakar to the then President Olusegun Obasanjo.

I want to appreciate my leader, former Governor James Ibori for his encouragement, support and all he has taught me all through these years. pic.twitter.com/pvmCXvzahS

In 2006, President Obasanjo recruited Ibori to help him force through a change in the constitution to allow him to run for a third term as president.

When that plan failed, Ibori promised his allegiance to Mr Obasanjo’s anointed successor, Umaru Yar’Adua, who late died on May 5, 2010.

A Nigerian court once declared James Ibori as innocent. And the judge discharged and acquitted him of all the corruption charges levelled against him. It didn't take U.K court one month to sent him to prison.

At the ruling party’s pre-election convention in 2006, Ibori was on hand to lift up the northern governor’s hands in a display of victory – hours before delegates from the Peoples’ Democratic Party (PDP) voted to select him as their candidate.

Ibori is then accused of bankrolling the 2007 Yar’Adua election campaign, although this has been denied.

It was gathered that James Ibori spent billions of Naria in making sure that Late Yar’Adua won the election, and in exchange, was promised the position of vice president in the second term presidency of Yar’Adua, a step closer to Nigeria’s No. 1 position. Unfortunately, Yar’Adua wouldn’t live to witness the end of his term. He died in office in May 2010.

His Vice-President Goodluck Jonathan succeeded him and completed the term of his late boss. The battle line was drawn between the two former governors which made Jonathan in 2010 set the Economic and Financial Crimes Commission on Ibori.

EFCC officers were ambushed when they came to arrest him and Ibori left Nigeria shortly afterwards. 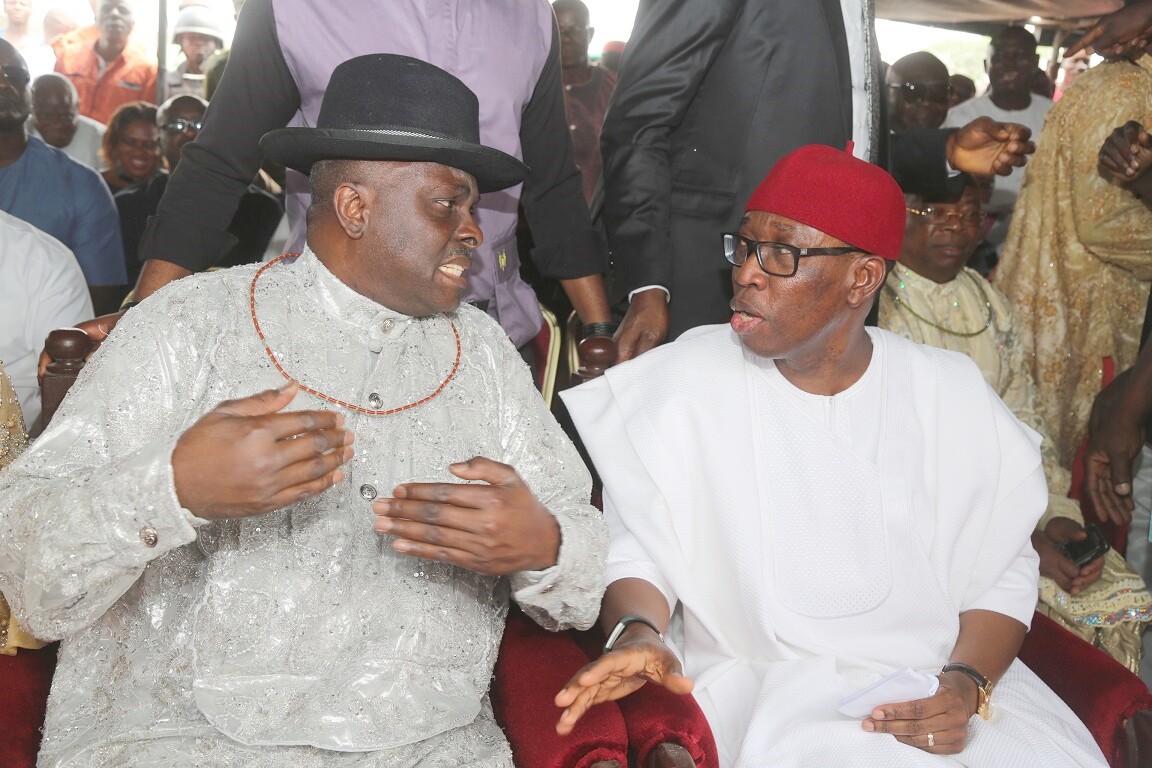 He went to Dubai, whose government arrested him and transferred him to the UK on April 15, 2011, to face trial.

It was gathered that if Yar’Adua had lived, Ibori would have been his running mate in the anticipated second tenure, Mr Goldman told BBC.

He would have had a clear run to become president.

On 27 February 2012, accused of stealing US$250 million (N90,000,000,000) from the Nigerian public purse, Ibori pleaded guilty to ten counts of money laundering and conspiracy to defraud at Southwark Crown Court, London.

On Tuesday, April 17, 2012, Ibori was sentenced to 13 years by Southwark Crown Court for his crimes.

Since his return home, he has remained in Delta State, where he’s a traditional chief and now one of the powerful political godfathers in the oil-rich state.

READ ALSO: Africa’s richest presidents of all time, some of them are richer than Aliko Dangote, No. 5 imported cakes from France everyday (See full list)