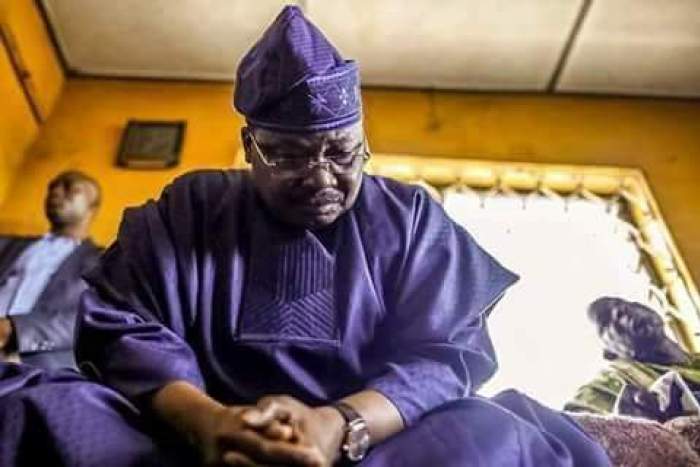 The Peoples Democratic Party, Oyo State chapter has pointed accusing finger at Governor Abiola Ajimobi of diverting funds from the state treasury in his last days as the state governor and illegally awarding massive contracts to his cronies and family members.

This was disclosed  by Akeem Olatunji, the State Publicity Secretary of the PDP in an exclusive interview with the popular news outlet, New Telegraph.

He also agreed with the allegation by the Oyo State Governor elect, Seyi Makinde that the outgoing administration has granted a N30billion contract to create gridlock for the new administration.

“We don’t make allegations when there are no evidence. In actual fact, we know that government is a continuum and we are not trying to stampede the incumbent government. Nevertheless, due process has to be followed in whatever is done. For the governor to just wake up one day and start to dash out contracts to cronies, is more or less a way of syphoning the funds of the state. About 33 excavators were recently bought with almost N10bn for local governments.

“Aside from this, a situation whereby within two months, more than N50billion projects were awarded by the government calls for worry. Has the government completed the projects on ground? When workers and retirees are being owed, where did they get the funds to execute those projects? If it were an ongoing project that funds were released for, no one will suspect any foul play.

“About N34billion excess crude fund belonging to the local government is in the Heritage Bank. This is not the time to spend such money anyhow, because the incoming government needs to have something to fall back on.

When government is winding up like this, the whole thing becomes a bazaar with 10 per cent, 20 per cent being collected as kickbacks. That is why we are warning civil servants not to engage themselves in any transaction that can implicate them after the transition.”

It will be recalled that the governor-elect had earlier disclosed this last two months in a press statement through his spokesperson  Dotun Oyelade. “Events of the past two weeks have shown characteristics of targeted contract awards that were compiled in a haste and randomly awarded to empty government purse before the May 29 swearing-in date.

“While the government remains in place till May 28, awarding a N30bn new set of contracts in one day as was the case during last Wednesday’s executive meeting was curious and an aberration, especially when debts, as old as 2011 are left unpaid.”