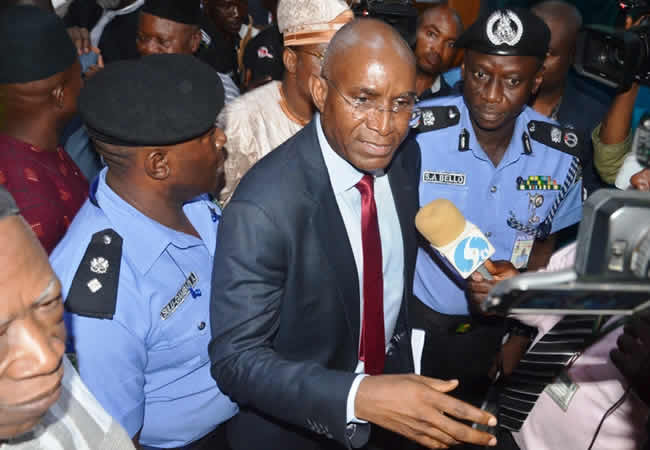 The National Assembly leadership is about to change hands and from precedence it is the party that has majority in the house that produces the major leaders in the two chambers.

It would be recalled that in the 2019 general election, the All Progressives Congress (APC) made majority in both houses and has been saddled with the responsibility of fielding candidates for the National Assembly leadership.

However, the party leadership is still at loggerheads considering the fact that in the Nigerian Senate, three APC Senators have come out to contest for the top post in the house.

But the backing of the party leadership is already causing a rancour among the other aspirants, in as much as Lawan has continued to seek further suport beyond the party to give his ambition more credibility and weight.

In a new development, the stakeholders of the APC in Ndokwa nation of Delta State have come out to lend their support to the party’s choice of Sen. Lawan as the next Senate President.

This was made known by the Coordinator of the group, Chief Odili, at the end of the its meeting on Thursday in Asaba.

Odili was quoted saying: “That after due consideration, we, the Ndokwa Nation APC stakeholders, throw our support behind steps taken by the party to ensure stability of the 9th National Assembly by adopting Lawan as the senate president We call on all the APC senators to rally round the decision of the party to ensure stability and cohesiveness of the National Assembly and avoid the mistakes of the past.”

The group also urged the national leadership of the party to endorse Sen. Ovie Omo-Agege (Delta- South-South) for the position of the Deputy Senate President.

Odili also said that the indications were there to point to the fact that the party was working on a zoning arrangement for the various offices for the 9th National Assembly billed to be inaugurated in June.

“We are at this point in time urging President Muhammadu Buhari and leaders of our party, our Chairman, Adams Oshiomhole, and other stakeholders, to consider the South-South in the zoning of top offices in the senate. Looking at the performance of APC in the zone, we believe that the APC in Delta has recorded tremendous progress, considering where the party was in 2015 and today.

Feel free to leave your comment on the story