A foremost Activist-lawyer,Ebun-Olu Adgboruwa, has disclosed that the electoral umpire, the Independent National Electoral Commission (INEC) has no constitutional power to withhold a certificate of return of a winner of an election winner.

He stated that further that no premises exist for in the Nigeria constitution for the electoral body to review an already announced election “no matter the circumstances”.

He stated that the electoral body made the wrong call by withholding the certificate of return of Governor Rochas Okorocha of Imo State.

The electoral umpire had argued that the governor was declared winner t “under duress”. He based his legal argument of the scenario on  ection 68 (1) (c) of the Electoral Act 2010 (as amended), only a tribunal could overrule an election.

“The decision of the Returning Officer on any question arising from or relating to declaration of scores of candidates and the return of a candidate, shall be final, subject to review by a Tribunal or Court in an election petition proceedings under this Act.”

Adegboruwa said: “In the case of Governor Okorocha, there was a declaration of his scores in the election and he was announced and returned as elected, by INEC.

“However, the Returning Officer claimed that he did the declaration and return under duress to save his life. This is an allegation, coming from INEC.

They are facts that will aid the Election Petitions Tribunal to take a decision on whether or not to nullify the election, in view of the alleged violence or duress.

“But INEC cannot in law raise an allegation of duress or violence and then proceed to investigate it and then take a decision on it. You cannot be a judge in your own cause!

“Whereas I do not support that any electoral officer should be threatened or compelled to make a declaration, but once when a declaration has been made, it becomes final.

“It cannot be reviewed, retracted, reversed or investigated by INEC. Section 68 gives that power of review to a Tribunal or Court in election petition proceedings. This is clear beyond any controversy, from the letters of section 68 above.

“INEC has no power under the law, to withhold or refuse to issue a certificate of return, to a person whose scores or votes have already been declared, even if done under duress or through violence.

“Section 75 of the Electoral Act provides as follows:

“From the foregoing, INEC must issue a certificate of return to every candidate who has been declared to have won an election, it has no discretion in the matter.

“Whether he won under duress or with violence, is immaterial. Okorocha has been duly declared and INEC has no choice than to issue him a certificate of return. The facts of how he got himself declared are for the Election Petitions Tribunal.” 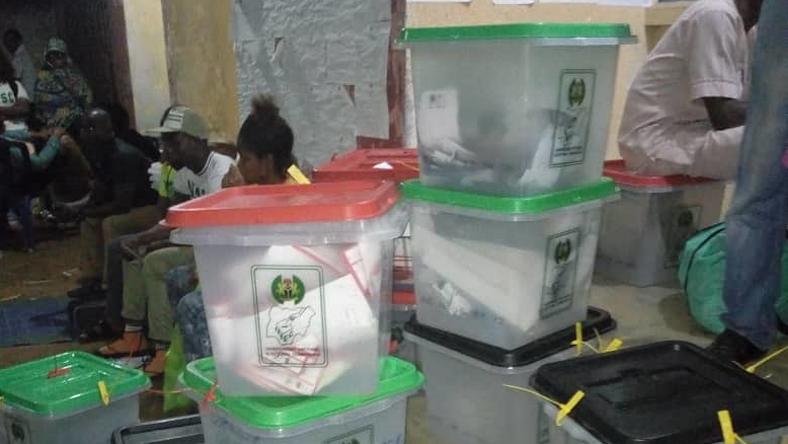 “Section 75 (2) of the Electoral Act: ‘ Where the Commission refuses or neglects to issue a certificate of return, a certified true copy of the order of a court of competent jurisdiction shall, ipso facto, be sufficient for the purpose of swearing-in a candidate declared as the winner by the court.’

“Section 75 (2) is simply meant to enforce the proviso to section 75 (1). It is about what happens post-litigation. It does not confer INEC with power to withhold certificate of return for a candidate that was originally declared winner of an election.

“Reading sections 75 (1) and (2) together, here is what the law says:1. Once a candidate’s score or election results have been declared, INEC must issue him with a certificate of return.

“It is clear that INEC has no power in law, to review the outcome of election results or declarations and it has no power to withhold certificate of return.

“We must be careful not to create monsters and terrors from our institutions, where the law has not conferred such powers on them.”