Final Betrayer! Fayose In Trouble As His Former Political Associate Presents A Powerful Eye-Opening Exhibit To Court That May Finally Send Him To Jail 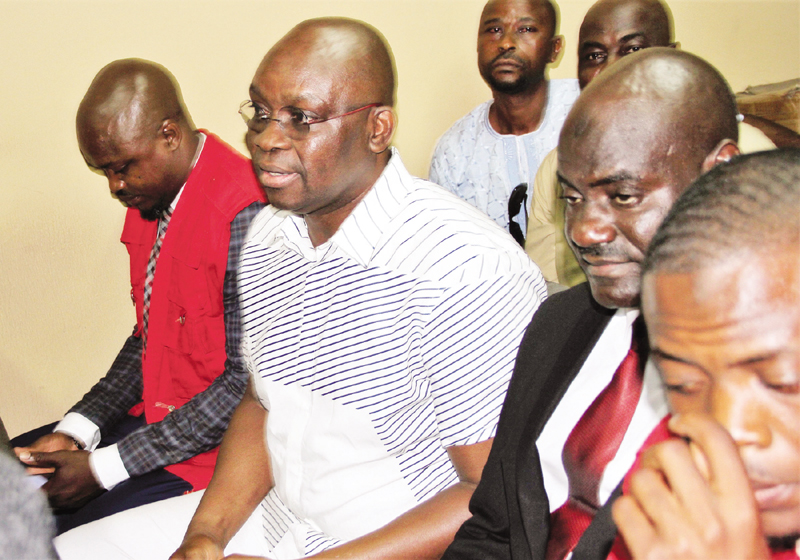 Sen.Musiliu Obanikoro who is the fifth and one of the main witness in the current trial of Mr. Ayodele Fayose on Tuesday disclosed that he heard the news of the death of Justin Erukaa, his deceased Special Assistant(SA) in auto crash. 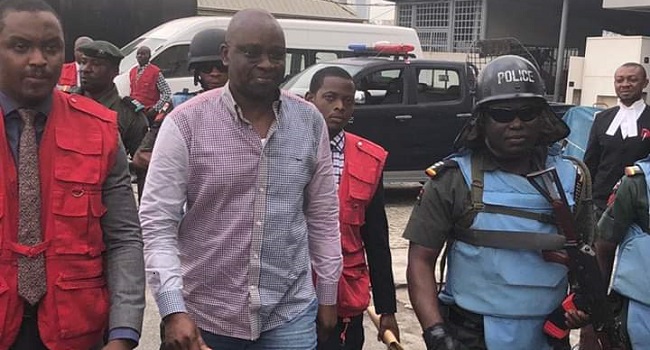 The former Minister of Defense revealed his evidence as his cross examination by , Mr Olalekan Ojo (SAN), a second defence counsel in the court proceedings at a Federal High Court sitting in Lagos

The former governor of Ekiti State, was arraigned by anti graft agency, the Economic and Financial Crimes Commission (EFCC), on October 22, 2018, with Spotless Investment Ltd, on an 11 court charge. 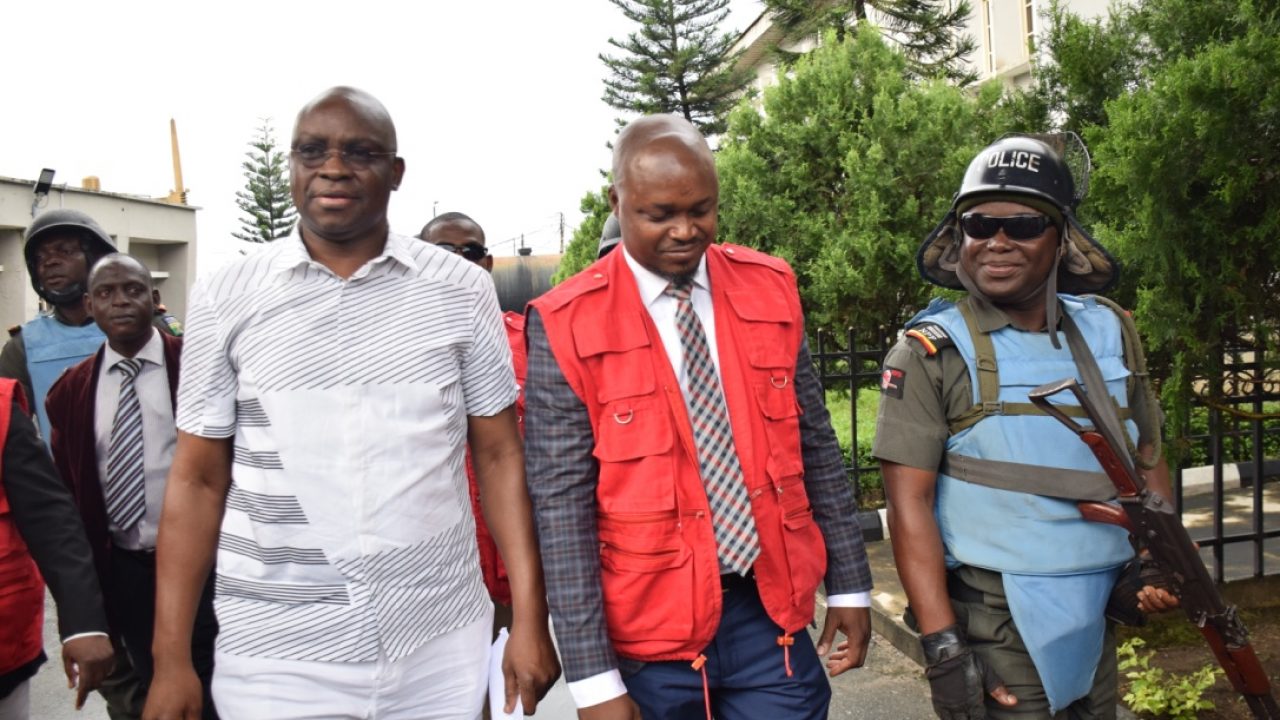 It will be recalled that he had pleaded not guilty to all the charges leveled against him and was granted bail amounting to whooping sum of N50million, with one surety in like sum

The anti graft agency started to pursue the case in November 19, 2018 and had called about four witnesses.

Sen.Obanikoro who was a former Minister of State for Defence and political associate of the accused was called as a witness on  January 21, 2018,

During the trial on the last adjourned date on February 5, the former minister of defence was under cross examination by  second defence counsel, (Ojo), who had already request to tender the extra judicial statement of Justin Erukaa, made to EFCC personnel during the investigation.

Mr Rotimi Jacobs(SAN) had objected that the statement should not be admitted by the court because according to him counsel was seeking to tender the document from the Bar, with which he wants to contradict a witness from the Bar.

Justice Mojisola Olatoregunhad asked the counsel to address the court on why an extra judicial statement from a person interrogated during the investigation but not standing trial should be admitted or not.

The parties addressed the court on February 7, while the jury reserved the ruling

In her final ruling yesterday the court admitted an extra judicial statement by the late Erukaa and subsequently marked it as Exhibit J.

During the resumption of the trial on Tuesday yesterday , Ojo (SAN) in continuation of his cross examination with the former Chief of Defence Staff, who has been in the witness box since the beginning of the year.

Obanikoro replied: “I will have to see that to acknowledge.’’

After being showed the exhibit, Ojo asked: “In exhibit G2, you specifically stated that you were not privy to any discussion between the first defendant and the former NSA.’’

Obainokoro replied: “That is correct.’’

Ojo said: “I suggest that because you were not privy to any such conversation, you can’t on your oath tell the court any date or time of such alleged conversation.’’

Ojo: “In the same Exhibit G2, you categorically said that Justin Erukaa died after he had made Exhibit J.’’ The witness replied: “That’s correct’’.

“This Justin Erukaa who was one of your Special Assistants, can you tell the court how you got to know about his death, after making Exhibit J.’’

Obanikoro: “He left Lagos a day before Sallah about two years ago, and the Police called one of my SAs that the owner of the phone just had an accident and died on the spot; and he immediately called me and informed me.

Ojo: “Do you remember on Feb. 4, you told the court that you could not recall whether or not Justin Erukaa made any statement to the operatives of the EFCC?’’

The defence counsel then urged that Exhibit J be shown to the witness and then he asked him, “What is Exhibit J and Obanikoro replied: “It is a Statement.’’

Defence counsel: “Whose name appears as the maker or author of Exhibit J?’’

Defence counsel: “Did you attend the burial of Justin Erukaa?’’

Witness: “I was there with my family.’’

Finally, Ojo asked the witness if any document was provided to the EFCC operatives in the course of interrogation to back any of his statements before the court concerning the second defendant?

The witness replied: “No.’’

With this last question, Ojo informed the court that he had finished his cross-examination of Obanikoro.

Obanikoro, consequently, stepped down from the witness box.