Unbelievable! APC In Frenzied Joy As Igbos Make A Most Extra Ordinary Promise 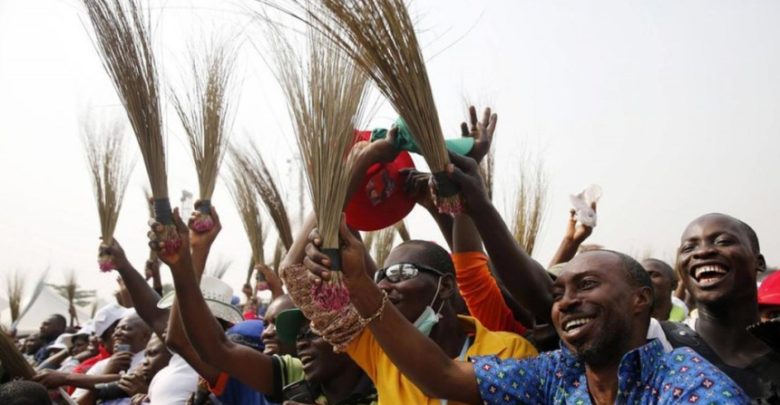 Ohanaeze Ndigbo in Lagos has endorsed the All Progressives Congress, APC governorship candidate, Babajide Sanwo-Olu for the 9 March election.

The endorsement was announced at the group’s town hall meeting in Lagos on Sunday, with Ohanaeze Lagos State leader, Solomon Ogbonna, stating that members have concluded plans to cast their votes for Sanwo-Olu. The candidate in a tweet appreciated the Igbo group and also posted the video of the meeting.

The Ohanaeze leader promised to mobilise the over two million Igbo voters in Lagos to cast their vote for Sanwo-Olu but demanded he should appoint six of their members as commissioners after the election. According to him, “we are endorsing him because this is the man that will give us what we have been craving for in Lagos. “This is the best that can happen to the Ndigbos in Lagos, so come out and vote for him.

Hold me responsible for this because I know him and I have seen what he can do,” said. According to him, when their members were attacked after the Presidential and National Assembly elections, “Sanwo-Olu’s actions showed his love for the Ndigbo to live peacefully in Lagos.”

Former President, Oliver Akabueze, explained that their members voted against the APC candidates during Presidential election was because they did not like the choice of the party. “What played out during last election will not happen next Saturday because we love Sanwo-Olu.

But during last election, the choice of the party did not meet our expectations and that is why we did that.”https://www.vanguardngr.com/2019/03/agbajes-description-of-lagos-state-civil-servants-is-an-insult-sanwo-olu/ Secretary, Ohanaeze Lagos, Everest Nweke, stressed that the endorsement did not indicate that Ohaneze had started engaging in politics but ”very concerned on how we are governed especially the lives and property of Ndigbo is our priority.” The woman leader, Nkechi Agubuzor, also said over two million of their members would be mobilised to cast their votes for the APC candidate.

Please leave your comments below and do not forget to share.