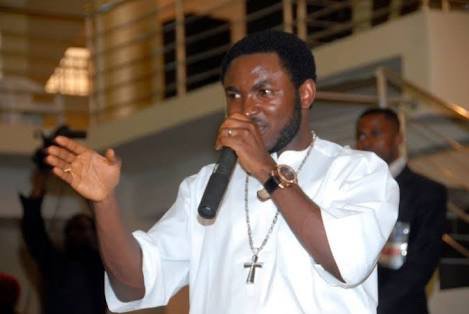 Prophet Emmanuel Omale who predicted the victory of President Muhammadu Buhari in the 2019 election has again predicted that the second coming of Buhari will benefit the poor. In an interview with Nigerian Tribune, the Founder of Divine Hand of God International Ministries said it is is duty to tell people what he heard from God.

He said: “I am a prophet of God and by the grace of God, I have been prophesying from the age of eight. Since then till now, anything the Lord tells us comes to pass because we hear from the Him; we don’t hear from men.

We don’t use people opinion to prophesy. There are thousands of people that call themselves prophets; pastors that use people’s opinions to prophesy. When we hear from the Lord, we tell people. It is left for people to take it.

“During our crossover, God told me that President Buhari would be re-elected; that Atiku Abubarkar will try but will not get elected as president. And God told me a lot of things about Buhari. It is He that anointed him to be our leader at this season and when God has annointed someone to be a leader or President, you can’t change it. The world can hate him: the world can reject him but God has ordained him, and there is something about God.

When He says that you would be this, no man can change it.” The religious leader called on Nigerians to rally in support for Buhari saying his second term in office will benefit the poor. 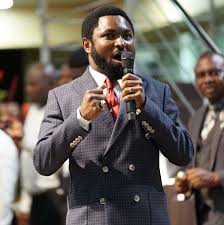 He said: “God loves Nigeria so much. Nigeria is a big country, and is blessed for having people like us. God loves Nigeria and that is why he brought Buhari back. The coming back of Buhari is going to be for the good of the people: the poor people are going to be able to eat three times a day; there will be light; we are going to have infrastructure; and God is going to use Buhari to build a new Nigeria, to lay a solid foundation.

Omale also called on Atiku Abubakar to accept the outcome of the election describing it as a will of God. He said: “Thank God that Atiku is a man who has seen life and who practices the religion that preaches God’s will. When Muslims lose something, it does not pain them the way Christians are pained when they lose something. Anything that happens, to them, is the will of God. He too, as a good Muslim and good leader, has seen that it is truly the will of God that Buhari remain in power.