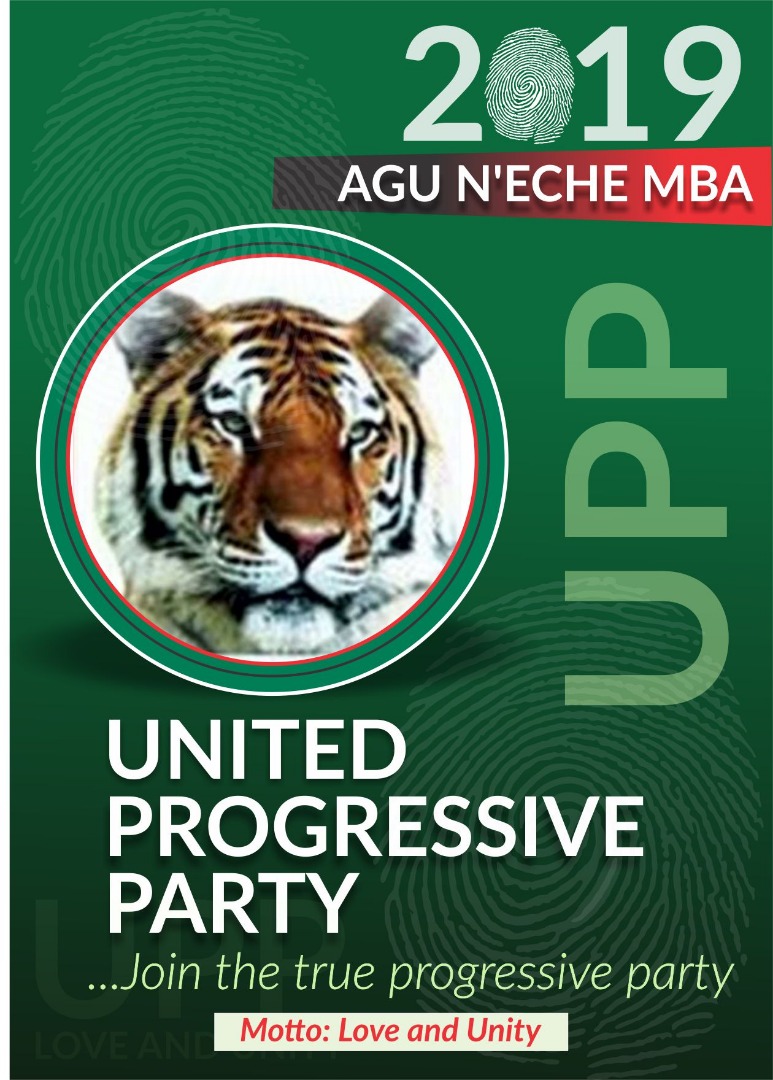 A political party known as the United Progressives Party (UPP) has sent his congratulatory message to  President Muhammadu Buhari, after he was declared winner of the just concluded 2019 Presidential election held on February 23

It described the President’s victory as asuspicious, saying, “We are very proud to associate with you in a very robust and pragmatic manner in the build-up and campaigns leading to your ultimate victory”.

DAILY POST had reported that the Independent National Electoral Commission (INEC), on Wednesday, formally declared the presidential candidate of the All Progressives Congress, APC, Muhammadu Buhari, as the winner of the February 23 presidential poll in Nigeria.

Buhari polled 15,191,847 votes compared to the 11,262,978 votes recorded by Atiku Abubakar, the Presidential candidate of the Peoples Democratic Party (PDP).

UPP, in a statement signed by its National chairman, Chief Chekwas Okorie and forwarded to DAILY POST on Thursday, said, “We recall with joy that it was on 17th August 2018, that the National Executive Committee (NEC) of our great party met at Abuja and resolved unanimously to adopt you as our Presidential Candidate for the 2019 Presidential Election. To underscore our total commitment to this resolution our party further resolved to suspend our aspiration to file a presidential candidate on our platform until the next general election in 2023.

“On Friday,16th November, 2018, I led a select delegation of our party leadership and the leadership of Igboezue Cultural Advancement Initiative to the Presidential Villa to convey to you our resolution in your favour and our blueprint as well as our roadmap for the execution of our campaign programme which we pursued with great vigour, conviction and determination to the very end of the campaigns.

“Mr President, we pledged to contribute our own quota to make your ultimate victory assume the status of a national consensus. We are proud that your victory has indeed attained that desired status.

“We further predicted that your victory will be so resounding as to make the contemplation of a petition against it to be seen by well-meaning Nigerians as an unnecessary national distraction. We are glad that, that prediction has also been realized.

“Mr President, as we join the All Progressives Congress, APC, other political parties and indeed, well-meaning Nigerians to congratulate and rejoice with you, we enjoin you as the father of all, to always remember your commitment to the formation of an inclusive government.

“We most sincerely commit ourselves to a continuous constructive engagement with your Administration as you pilot the ship of the Nigerian State to the next level.

“We beg of you to speedily take necessary steps to usher Nigeria into a full-blown Electronic Voting System as quickly as possible. This holds the panacea to the hiccups that confront the Independent National Electoral Commission (INEC) and indeed the Nigerian electorate at every general election. This will be a golden and everlasting legacy for which you will be remembered by the present and future generations during and after your second tenure as the President of the Federal Republic of Nigeria,” the party said.

Do you think electronic voting will curb rigging in Nigeria’s future elections ? Share your views below