2019 Presidential Election: Uk And Other Leaders Reactions To Buhari’s Victory 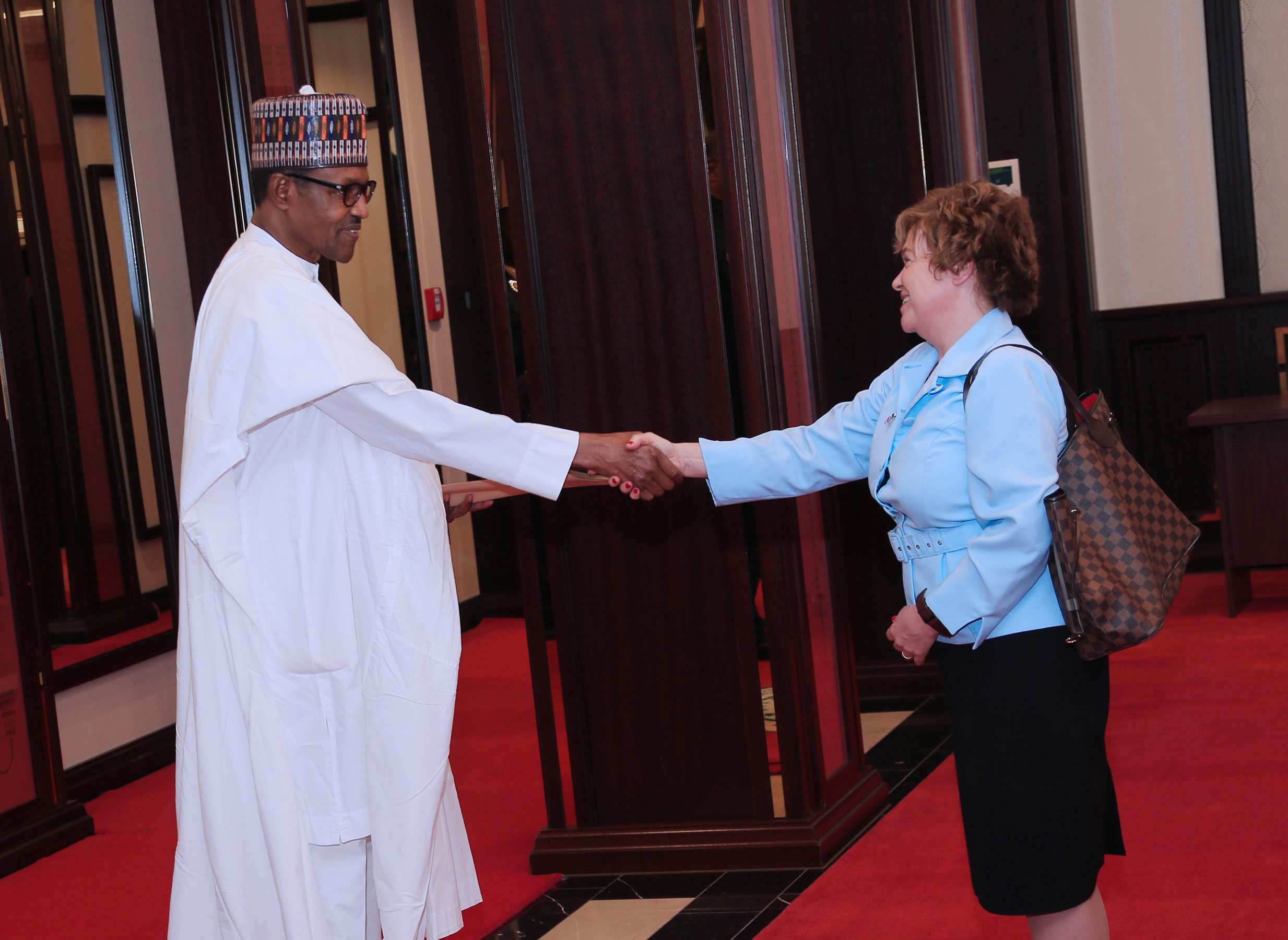 CONGRATULATORY messages continued yesterday to pour in from the United Kingdom and African leaders for President Muhammadu Buhari on the renewal of his mandate. The UK Government commended Nigerians for their resilience and commitment to democracy. A statement from the British High Commission in Abuja yesterday, quoted the Minister of State for Africa, Harriett Baldwin, as saying: “I offer my congratulations to President Buhari on securing a second term as the Nigerian President.

“The UK is a long-standing friend and partner of Nigeria and the Nigerian people and a stable and prosperous Nigeria benefits Africa and the world.” According to her, the results declared by the Independent National Electoral Commission (INEC) were consistent with the results obtained through the civil society Parallel Vote Tabulation process. “Along with our international partners, the UK believes the Nigerian people can have confidence in the result”, the envoy said.She, however, recognised the concerns expressed by Nigerians on the conduct of the electoral process, in particular logistics and results collation, and reports of intimidation of electoral officers. The minister urged any party or individual who wished to challenge the process to do so peacefully and through the appropriate legal channel.

“We encourage Nigerian authorities to examine all allegations of wrongdoing carefully, and take the necessary action against individuals found responsible’’, she said. She also condoled with the families and friends of those who lost their lives in election-related violence. “No one should die in the exercise of their democratic rights,” she stated.

She reiterated the continued support of the UK to Nigeria and its civil society “in drawing lessons from these elections and strengthening its democracy”. King Mohammed VI of the Kingdom of Morocco described President Buhari’s victory as an affirmation of the level of confidence Nigerians have in their President and promised to work with him to advance the interests of both countries. A statement by the President’s Senior Special Assistant on Media & Publicity, Garba Shehu, quoted the Moroccan leaders as saying: “Your re-election is a testimony to the level of confidence that you enjoy among the people of Nigeria, attributable to your wisdom, experience in politics, sense of engagement and devotion to the service and the protection of the interests of the country especially as they relate to the prosperity, wellbeing and security of your people.”

The statement said the monarch expressed satisfaction with the existing cordial and fraternal African relationship linking the two leaders, their people, and nations. He reiterated his determination to work with President Buhari to reinforce the mutually beneficial relationship between Morocco and Nigeria and to give it a new impetus to serve as a model on the African continent.

President Alpha Omar Conde of Guinea also extended his congratulations, describing the re-election of President Buhari as a dose of hope for the West African region. Prof Conde expressed confidence that the cordial relations between Nigeria and Guinea will continue to get better. President Mahamadou Issoufou of Niger, who was the first leader to call President Buhari minutes after the Independent National Electoral Commission (INEC) declared him the winner of the February 23 presidential election, said he looked forward to working with the Nigerian leader to further strengthen Nigeria-Niger relations. President Buhari has also received congratulatory messages from Presidents Nana Koffi-Addo of Ghana and Macky Sall of Senegal.

Leave your  comments below…