Nigeria needs Atiku now more than ever. Here’s why 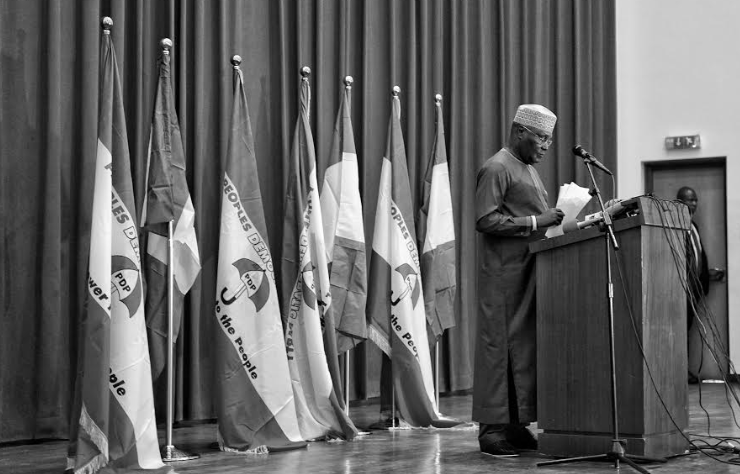 I’ve studied opinion polls and watched several videos where many Nigerians have expressed their opinions regarding their choice for the perfect candidate. Many of these Nigerians are ordinary citizens who live ordinary lives and these are the people who the outcome of this elections may directly affect. Let’s face facts, there are Nigerians who are reaping the fruits if this country and have been doing so for a while now so it is not a surprise at all to see how the few who are benefiting for this system are uninterested in the outcome

Further to my observation, I discovered that about 60% of Nigerians are ignorant of the intricacies of politics and they just let their sentiments guide their decision. It is important to understand, in order to make the right decision most times, one has to think objectively.

The few people who are desirous of letting Buhari run for a further 4 years are of the opinion that Buhari is very humble, he’s fighting corruption, he doesn’t have big houses or have money stored up somewhere and he’s not a bad person. All these may  be correct but it’s not enough to run a country. The fact that he wants the best for Nigeria doesn’t mean he’s the best for Nigeria. He is just incapable of bringing Nigeria what it need at this point. Let’s face facts. The fact that a man loves his family doesn’t mean he’s capable of providing for them. The love might be there but it’s not enough to feed them

Nigerians need to take a moment and think. They do not see this election as an election for themselves but they see it as an election for the leaders and that notion is quite unfortunate. We are not picking these leaders for their own benefit, we are picking these leaders for our own benefit. We are the ones being served and not the other way round. Let that sink in. Lay your sentiments aside, Buhari might not be a bad person, but l tell you he is bad for this country. Providing him with a second chance may set this country on fire, a fire that would burn so dangerously that it may never be put out. We can’t let that happen.

Speaking of the the corruption he claims to be fighting, how many of these people has he actually brought to book? None. They might start a trial and before you know it everything just simmers down and everyone stops talking about it. What’s the point of fighting a cause when you don’t produce results? We are at a stage in our existence where we can’t just have an incompetent, an inattentive, a sick and an ignorant leader. He might be a good man but he’s no good for us and he has proven this beyond reasonable doubt.

Let’s move on to other candidates who fewer people are going for. People like Sowore, Moghalu, Fela and the rest. It is understandable why many people are clamoring for the new generational kind of leaders. This is only understandable because these people desire something new. But, it is pertinent for the people to realize that the presidency is not just the president and the people. It is made of other organs: The legislature, the executive, the judiciary, special advisers  and the likes. These people take active part in the administration of the country. Being realistic, an inexperienced person cannot understand the intricacies, the complexities of the system to actually run it. These people might talk a bunch, they might be very passionate and might actually want the best for the people but it’s better for their ambition to be  postponed because in order to fix this country right from the roots, we greatly need someone who is experienced and  understands how things are run.

Many leaders who have in the past proposed change in their campaign laid out unrealistic plans in order to feed the people’s mind long enough so they won’t recognize how impracticable some of the plans are. Taking a look at Atiku’s plan, you will quickly discover how practicable and simple it really is. It all principally hinges on technology. Atiku is a business man , a public servant  an educator and a believer in the value of technology. People have not begun to phantom how important technology is and how it can turn an entire country in  amazing ways. Introducing investors, vast experience together with technology which is quite innovative as opposed to many plans of leaders in the past, the Nigeria we want can come to us before we know it. There’s no need for empty promises. There is the ‘how’ and Atiku has demonstrated the ‘how’ and I tell you, you need to understand the plan to really capture it’s  brilliance. Technology is everywhere around us, without it We will still be in the stone ages. So bringing it in a country that is so underdeveloped like Nigeria, it would sky rocket us to  to places we never thought we could be. Vote wisely