Saraki Projects an Atiku Victory, Reels Out Facts and Figures 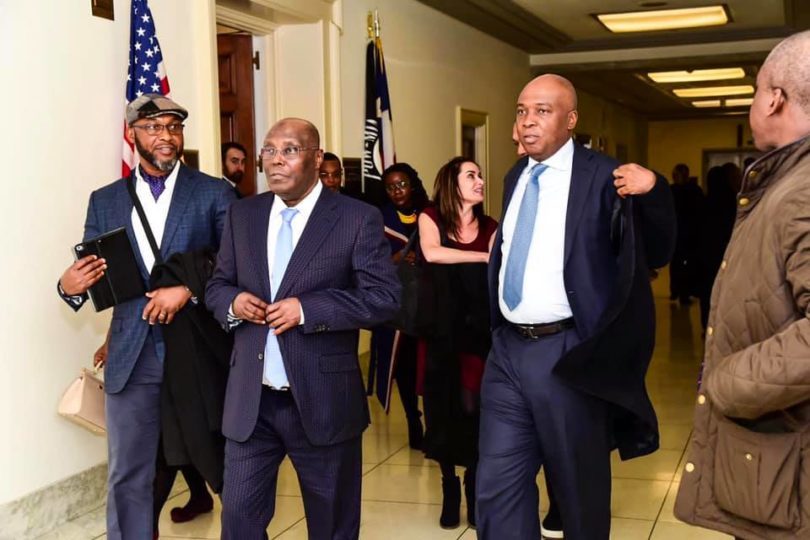 The Senate President of Nigeria Bukola Saraki, has backed the victory of the opposition candidate, Alhaji Atiku Abubakar in the upcoming General election. For the Senate President, there is a huge difference between propaganda and facts on ground. He insists that the PDP is sure of three regions; South-East, South-South and North Central.

He however believes that the Southwest will go the way of 2015 by being much divided, and that the North East will also be divided.  Atiku Abubakar who happens to be from the same tribe and religion with the ruling party candidate, Muhammadu Buhari, has shown massive interest in the topmost job of the country and presently, has more momentum with various cultural groups across the country endorsing him.

In fact, he has been widely accepted across the six geopolitical zones of the country. For Saraki, it is not possible for Buhari to repeat the same number he got in the North East and North West, in 2015, because as at then, he was contesting against a Christian Southerner. He believes that Atiku will close the gap of victory in the Northwest and divide the votes in the North East and South-West.

Presently, Buhari is contesting against a Muslim Northerner who is also a Hausa/Fulani. As such, he is sure to drop millions of votes up North. This will definitely aid his easy defeat, seeing that the South West will be highly split between APC and PDP. Recall that in 2015, the only difference between the APC and PDP votes in the SW could be covered with the total vote of one state in the South East, which is still a stronghold of the PDP.

Dr. Bukola Saraki who is from the North Central believes that the region is for the PDP. This projection is likely hinged on the numerous killings in the North Central and the change in economic dynamics which has affected the people of the North Central. The Senate President has insisted that Nigerians must checkmate the ruling APC because the facts and figures on ground do not support their victory. Get them out and check in PDP this election season.