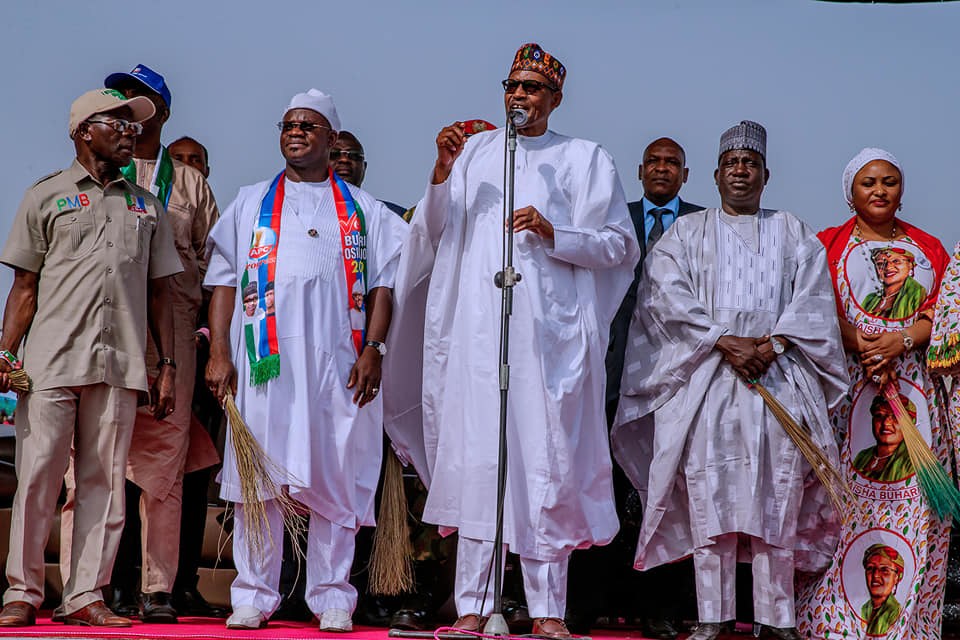 The people are no longer smiling and a part of the frustration delivered to the people by this government has been publicly returned to the sender.  During the Ogun state rally of APC for the presidential candidate, Muhammadu Buhari, the people were heard to repeatedly lamenting, booing and throwing all forms of insults to the group of supporters and members of the deteriorating APC party.

The humiliation and the flares of insults however didn’t stop the party from further filling the people with empty promises. This however also didn’t stop the people from expressing their total discontent with the government as the people repeatedly threw objects when the President came on stage and this lead to his bodyguards having to create a body wall round him to protect him.

The stance of the people against this government is clear and people who do not know who to vote for should be encouraged to point their support towards the right direction and away from the government that has done them wrong. One bad term does not deserve another!

The president owed the people the duty to protect them and their property. But throughout his presidency we haven’t felt protected. Instead they feel they’ve been used, intimidated, insulted, assaulted and ill treated  under the broom of a leadership that swore to protect us.

A covenant broken once cannot be trusted to be renewed. There has to be a reform. There has to be rising up of a government that can defend the people and their interests. We desperately need a government that makes the people feel safe even in their homes which is no longer the case. It is obvious that the current government is incapable of delivering  it to us. The time has come to cut off this branch in our lives that has no real value.

But it is not enough to hurl insults and throw objects but it will be enough to go out and vote out this government, ushering in someone BETTER, a  government that will finally bring to Nigerians what they need.The only option is Atiku and watching the several clips on social media of Nigerians hurling trash and stones at the President is enough to know what choice we need to make on February 16th.