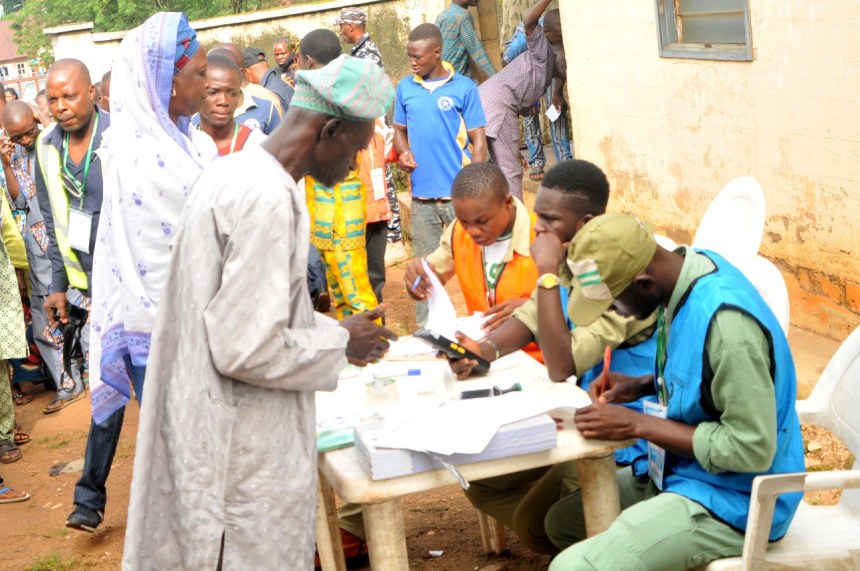 The incessant vote buying, the harassment of accredited journalists, the manhandling of observers, the threatening and molestation of persons willing and ready to vote and the widespread malpractices were all enough to invalidate the Ekiti elections. The Osun Election on the other which were recorded as one of  freest and fairest was actually the one cancelled and reran leading to the victory of APC candidate, Gboyega Oyetola. This makes it absolutely clear that the Independent National Electoral Commission and the security forces who are purportedly supposed to protect the people, prioritise the people and secure a free and fair election have turned themselves into puppets of the APC, according to Rights Advocate and constitutional Lawyer Dr Mike Ozekhome (SAN)

These electoral problems have been repeatedly renewed by persons who do not value the essence of democracy in the country. It is plain to see that our democracy has already been beaten to the ground, bearing catching it’s breath and at the brink of death. There’s nothing more important than the revival of our democracy so we won’t end up in a chaotic system. Fighting corruption does not have to come from the government, it could come from us.

Rights Advocate and constitutional Lawyer Dr Mike Ozekhome (SAN) has so far predicted danger ahead of the 2019 election while talking about the Osun State governorship election. The SAN accused APC of using ” Electoral arm, INEC, to do the unthinkable, that which is clearly illegal, unconstitutional, immoral, and brazen assault on our sensibilities and constitutional democracy”. INEC according to him have  earned for itself the inglorious reputation of holding inconclusive elections (Logo, Bagels, et al), and working in cahoots with the ruling APC, always eager to do it’s dirty electoral bidding, to commit daylight robbery of votes.

In the coming election, unthinking and myopically infected  people will attempt to manipulate the votes, thugs will try to intimidate you and will try to buy your vote but you can’t let what happened in Ekiti and Osun to repeat itself. We must input our own strength into democracy so that it can be revived and set to walk our paths and make its impact. The elections that have taken place were a true test of the upcoming election  and the results have been unsatisfactory. It is important that we prepare ourselves to do the right thing. We must decide our own fate.