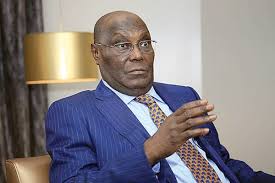 The area popularly referred to as Nigeria’s “food basket” has come under renewed attacks since 2015 and conflicts between herdsmen and pastoralist farmers have taken a deathly turn with increased attacks and the displacement of Nigerians from their communities. Apart from the fact that this is a new challenge for Nigeria’s overstretched security forces, these incidents have also led to an increase in food prices across the country.

In the last quarter of 2018, analysts at the Financial Derivatives Company (FDC) projected that Nigeria’s inflation rate would increase marginally by 0.07 percent to 11.35 percent. According to them, the rise in the headline inflation would be influenced by increasing prices of food items in the country caused by insecurity in agrarian states of the middle belt; especially the farmers/herdsmen clashes in the middle belt region of the country which had led to a decline in agricultural output and an increase in the prices of commodities such as onions, pepper and melon.

The insecurity in the region has been blamed on a number of factors which include increased desertification and the infiltration of the region by insurgents from neighboring African countries. In July 2018, Nigeria’s President Muhammadu Buhari, speaking through one of his aides Garba Shehu, blamed “disgruntled politicians” for sponsoring the attacks in the region and across Nigeria.  But most security analysts and residents of the affected region blame the ineffective methods of conflict management and resolution of the Buhari administration for the crisis. The Chairman of one of Nigeria’s opposition parties, the African Democratic Congress, Chief Okey Nwosu specifically blames the killings on Buhari’s incompetence; according to him “What is happening in the Middle Belt is the consequence of wrong planning and misdirected strategic focus and the insensitivity of the people in power” The consequence of this has been a worrying number of deaths, with a 2018 report by Amnesty International showing that the Nigerian government’s inaction has inadvertently fueled impunity and resulted in attacks and reprisal attacks costing at least 3,641 people their lives between January 2016 and October 2018.  57 percent of these were killed in 2018 alone.

With Nigeria’s presidential elections coming soon, Nigerians have begun to look for an alternative to the failure of the Buhari administration to curb Nigeria’s insecurity issues; especially those in the middle belt. Over 300,000 Nigerians have been displaced since the conflicts were renewed and most of these have been looking at the main opposition candidate, Alhaji Atiku Abubakar of the People’s Democratic Party (PDP) to solve the challenges being faced in the Middle Belt. Atiku who is campaigning on a promise to get Nigeria working again, released his policy document late 2018 and says that he believes that Nigeria’s “security is multi-dimensional. It has gone beyond armed defence to include protection of democratic and constitutional values like food security, peace, human, political and economic security. Resolving the unfair access to democratic dividends to reduce internal armed conflicts, insurgencies, crimes and militancy”