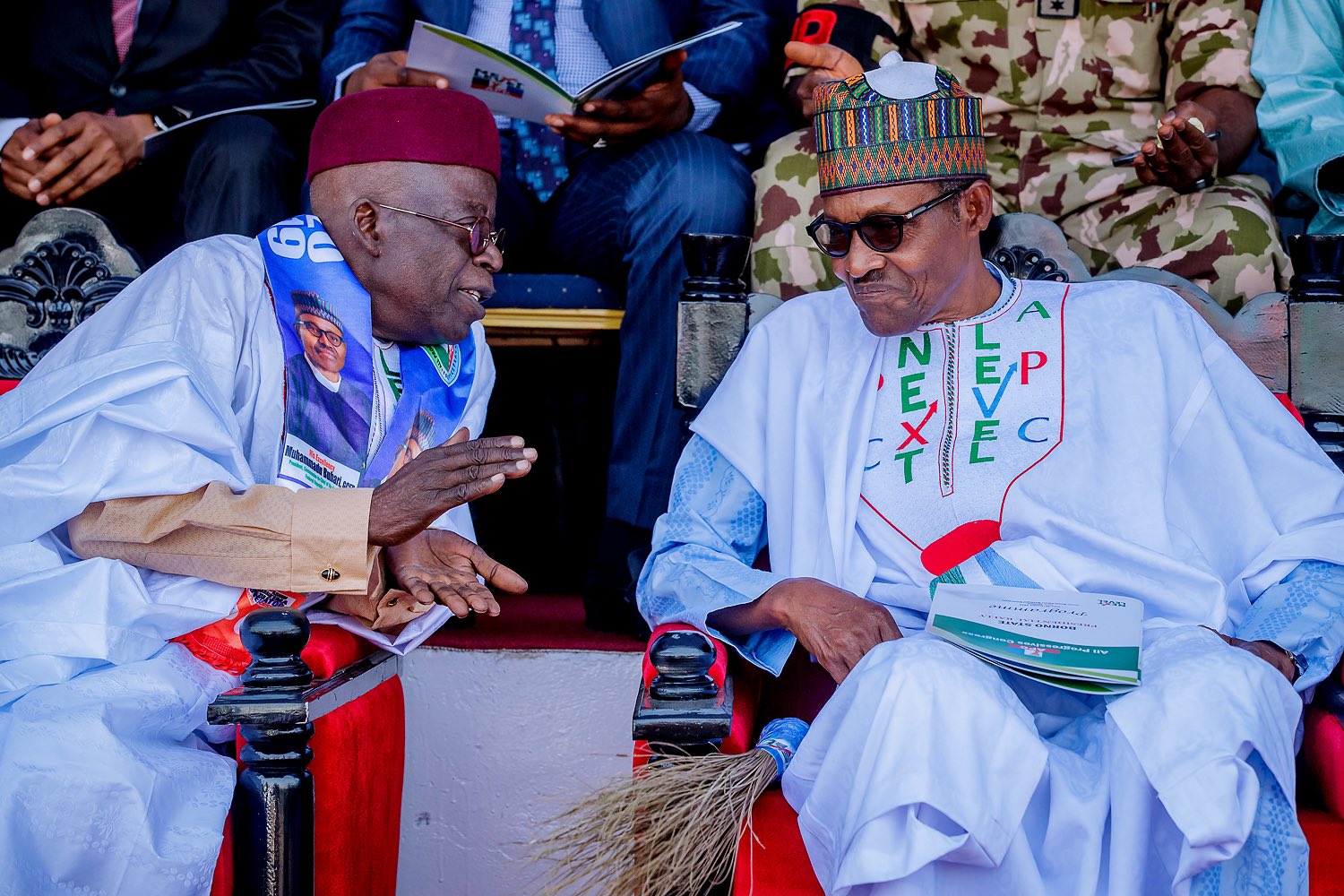 The Federal Government current war on corruption will be intensified if the administration wins a second term in office this was stated by President Muhammadu Buhari.

Buhari stated this in Damaturu, the Yobe state capital during his re-election campaign Monday while addressing a mammoth crowd of APC supporters.The President said Nigeria has drastically reduced rice importation to over 90% under his watch in the last a couple of years, while efforts were on to halt the activities of smugglers of the commodity.“You may recall that in 2015, our campaign centred on security, economy and fighting corruption and we are grateful to the Almighty for the achievements recorded. People from Yobe and Borno can attest to the progress made on security, therefore all thanks to Allah for the successes recorded.

“Allah in his infinite mercy has given us a blessed rainy season last year and has also given us the wisdom to purchase fertilizers and sold it at an affordable price to farmers in all local government areas of the federation, we are indeed grateful to Allah for the bumper harvest”, Buhari said.On bribery and corruption, the Nigerian leader said his administration will not spare anyone found wanting as all illegally acquired property would be confiscated, sold and money would be returned to the government treasury.He thanked Yobeans for the show of love, while praying for more blessings from God as well as sustainable rainy season for a bumper harvest in the next farming season.Rotimi Ameachi, Presidential Campaign Director General, told the enthusiastic APC supporters that no government in the past has done to them what is needful than the present administration.

The APC National Chairman, Adams Oshiomhole noted that the concern of president Muhammadu Buhari hasalways been how Nigeria can be developed and taken to the promised land, as he always has the masses at heart.Oshiomhole accused former president O,lusegun Obasanjo of introducing corruption to the National Assembly during his regime by giving each senator N100 million while representatives were given N50 million each for no reason to the detriment of Nigerians.He claimed that, the former president is envious and malicious about Buhari’s TraderMoni initiative where market women are given N10,000 as soft loan as well as other policies and programmes meant to touch the lives of people in the country.

“Mr. president you have a duty when re-elected, with all due respect, you must find answers to all mismanagement of resources during Obasanjo’s regime,” the national chairman hinted.Governor Ibrahim Gaidam, had earlier assured president Muhammadu Buhari that, Yobe state will give him 100% of its votes, saying the state is a home to APC and a no go area to PDP for years.Highlight of the political gathering was the presentation of APC flag to the state governorship aspirant, Mai Mala Buni performed by president Buhari.

What do you think about thus statement ? Share your views below