Obasanjo’s history of ‘letter-writing’ and its significance 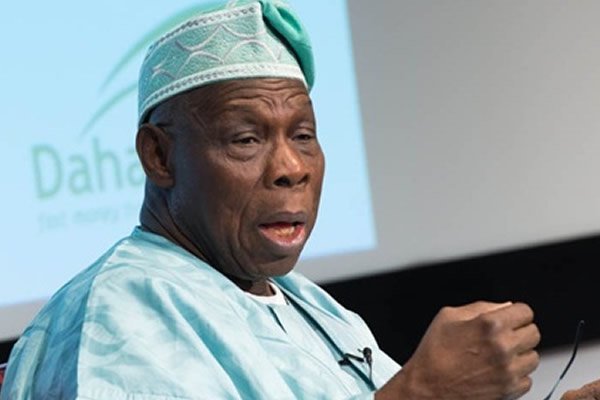 FORMER President Olusegun Obasanjo is again in the spotlight of Nigeria’s political space, this time with another scathing criticism of President Muhammadu Buhari.

Coming less than one month to another general election, Obasanjo’s statement titled “Points for action and concern” is a follow up to his previous ‘special press statement‘, published in January 2018, in which he accused Buhari of gross nepotism and passing the buck among other things.

Obasanjo was one of the elder statesmen whose endorsement and support came in handy during Buhari’s successful presidential campaign in 2015.

Prior to that period, precisely on December 11, 2013, the Nigerian media was awash with Obasanjo’s open letter to then President Goodluck Jonathan, titled “Before it’s too late“. Obasanjo said he was forced to write an open letter because, among other things, Jonathan had not acknowledged nor replied any of the “four or more letters” he had written to him in the past.

There are striking similarities between Obasanjo’s letter to Jonathan in 2013 and his recent missive to the Buhari administration.

Firstly, and perhaps most significantly, is that Obasanjo likened Nigeria’s current political situation to the Abacha era. The only difference is that under Jonathan, he warned that ” we are gradually getting into the situation we fell into as a nation during the Abacha era”, but he was quite emphatic that with Buhari, “another Abacha Era is here”.

“Today, as in the day of Abacha, Nigerians must rise up and do what they did in the time of Abacha. Churches and Mosques prayed. International community stood by us Nigerians. I was a beneficiary and my life was saved. Well-meaning Nigerians took appropriate actions and made sacrifices, some supreme, some less than supreme but God had the final say and He took the ultimate action,” Obasanjo noted.

Secondly, just like he did Jonathan in 2013, Obasanjo also expressed disappointment that Buhari could not deal with the Boko Haram insurgency as he promised he would.

“Boko Haram more in action and nobody should deceive Nigerians about this. Boko Haram is stronger today militarily than they have ever been. Boko Haram has also been empowered by the Nigerian government through payment of ransom of millions of dollars,” Obasanjo wrote.

“This administration has reached the end of its wit even in handling all security issues, but particularly Boko Haram issue, partly due to misuse of security apparatus and poor equipment, deployment, coordination and cooperation.”

Again, like in 2013 when Obasanjo warned Jonathan that “the Nigeria President must be above ethnic factionalism”, he has also accused Buhari of sacrificing “national interest on the altar of nepotic interest”.

Eventually, the 2015 general election came and went, but Jonathan did not return as President, a development many had said had a good deal to do with Obasanjo’s open letter criticising his administration.

Many have tried to wave Obasanjo’s criticism of the present administration aside, describing him as an attention seeker and one who wants things always done his way. But there is no denying the fact that all the candidates that have won the presidential election in Nigeria since 2007, had enjoyed Obasanjo’s endorsement.

It is yet to be seen whether Obasanjo’s withdrawal of support for Buhari will cost the latter the second term he so craves.

Obasanjo has been at daggers drawn, politically, with Atiku since their tenure ended in 2007. It was Obasanjo that first claimed that Atiku could not travel to the US as he has a money laundering case against him there. At a different interview, Obasanjo remarked that even God will not forgive him if he supports Atiku.

However, all that appears to be in the past now. Obasanjo has not only mended fences with Atiku, but had also referred to him as Nigeria’s incoming president. Whether this will be enough to win him the coveted presidential position will be determined on February 16.