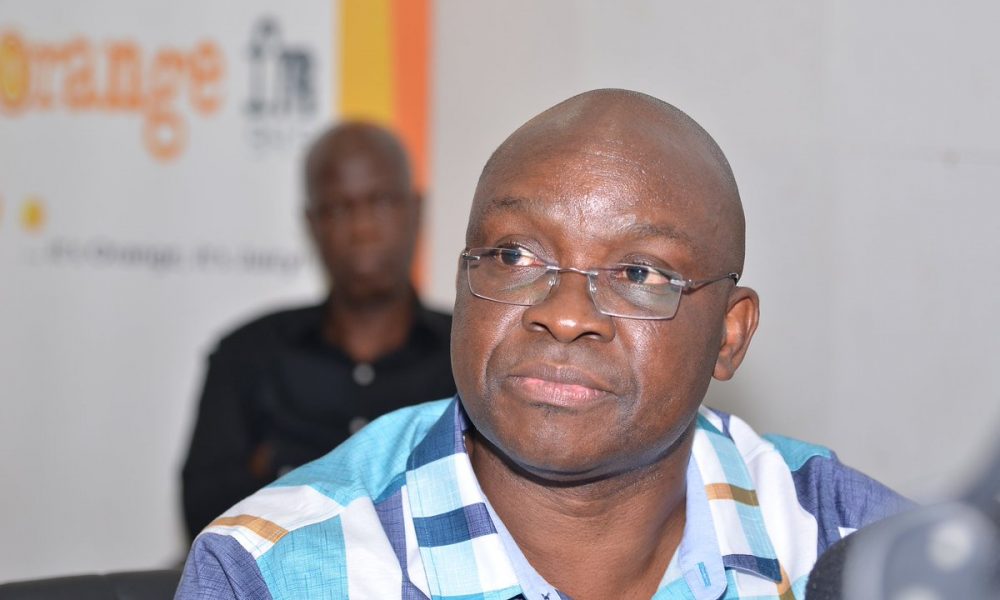 Former Minister of State for Defence, Musiliu Obanikoro, on Monday, confirmed in his witness testimony to Justice Mojisola Olatoregun of the Federal High Court sitting in Ikoyi, Lagos how in 2014, he gave various sums of money to a former governor of Ekiti State, Ayodele Fayose, who is being prosecuted for an alleged N2.2 billion fraud.

Fayose was arraigned along with his company, Spotless Investment Limited, on October 22, 2018 on an 11-count charge bordering on fraud and money laundering to the tune of N2.2 billion.

He is facing trial in connection with N1.299 billion and $5.3 million out of the N4.65 billion slush funds allegedly shared by the Office of the National Security Adviser, ONSA, through a former minister of state for defence, Musiliu Obanikoro.

Obanikoro who was led in evidence by the prosecuting counsel, Rotimi Jacobs, SAN, pleaded “not guilty” to the charges and was granted bail in the sum of N50 million with one surety in like sum.

Speaking to the court, he said “In June 2014, when we were approaching the gubernatorial election in Ekiti State, I received a call from Mr. Fayose wanting to know if there was any message from the office of the then National Security Adviser, NSA, Col. Sambo Dansuki (retd). But I said ‘no’ and promised to get back to him

“I later confirmed to him that a message had come from the Office of the NSA.

“Prior to that time, I had a responsibility of maintaining the account for the security of Lagos State.”

In his further evidence, the former Minister confirmed receiving a sum of N200 million on June 5, 2014, and another sum of N2 billion on June 16, 2014, out of the imprest from the ONSA.

When asked what he did with the money, he said, “I called Fayose to ask him how he wanted the money to be remitted.

“Fayose told me that I should change the Dollars into Naira.

“I actually wanted to say that Diamond Bank should remit the Naira equivalent to their Bank in Ekiti.

“But the manager said they could not do that in Ekiti because they did not have such capacity.

“I instructed the bank manager to bring the money to Akure, and it was brought through the private wing of Ikeja, Lagos Airport.

“The money was loaded into two aircraft.

“Mr. Fayose had earlier informed me about Mr. Biodun Agbele, whom he described as his contact person to take delivery of the money.

“Then, I sent Agbele and the Bank manager to Spotless Hotel in Ekiti.”

He also told the court that there was a phone conversation on another occasion to deliver another huge sum of money to Mr. Fayose three days to the Ekiti State election.

He added that: “The money, again, was from the NSA imprest.

“There is a young man called Kareem Taiwo, who was working for the government on security issues.

“He was the one I told that we had a very serious security issue in Lagos around that time.

“But I don’t think I want to divulge the reason for the security account through which the monies were issued.”

When he was asked if he wrote a statement with the EFCC, he answered in the affirmative, saying, “Yes, I was outside the country for about one year. I was in America.

“That is why I reported to the EFCC directly to avoid embarrassment when I returned home”.

Justice Olatoregun adjourned the matter to February 4, 5 and 6, 2019 for cross-examination of the witness.