Show Respect To Your Elders! Group Blasts Tinubu, Tells Him To Show Gratitude To Atiku For Grooming Him 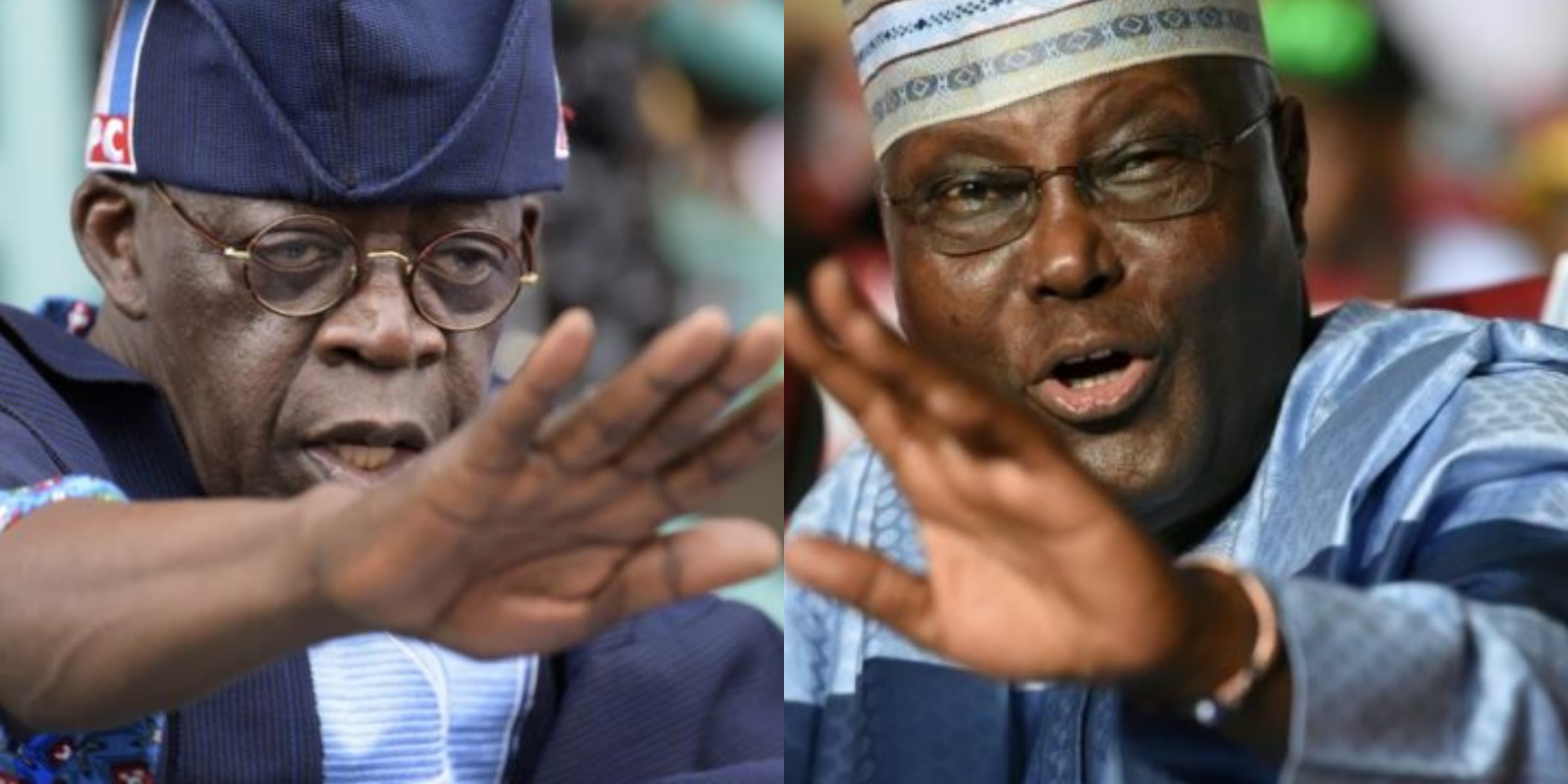 Vote for Atiku Initiative, which is a pressure group, has just advised Bola Tinubu, the National Leader of the All Progressives Congress, to be humble and show immense gratitude to Atiku Abubakar of the PDP as he was the one that groomed him to become the person he currently is in politics.

The group maintained that but for Atiku, Tinubu would have sunk into political oblivion 16 years ago.

“If not for Atiku, Tinubu would have sunk into political oblivion since 2003,” the group said.

The group frowned on the way the APC leader had been attacking Atiku since the campaigns started.

The National Chairman of the group, Dr Ifeanyi Maduako, on Friday in Owerri, said that Atiku saved Tinubu in 2003, when all the South-West governors except him (Tinubu), could not return to office.

He said, “I want to remind Tinubu that it was Atiku as the then Vice President, who saved him from that political hurricane because of the personal love and friendship between them.

“I want to also remind Tinubu that it was Atiku that saved him from defeat in 2003. This was not because of religious or regional/zonal sentiments.

“After all, Tinubu was not the only Muslim governor during the period. The late Lam Adesina and Chief Bisi Akande were also Muslims, but Atiku left them and saved Tinubu due to personal love and friendship.”

Maduako, however, disagreed with Tinubu’s recent remarks that Atiku was corrupt.

“If Atiku is corrupt as he and the APC have alleged, why did he give Atiku the presidential ticket of the defunct Action Congress of Nigeria, which Tinubu controlled in 2007 to contest for the Presidency of the country?

“Why did Tinubu and the APC refuse to brand Atiku as corrupt throughout the time he was an APC member?” Maduako asked.

On the recent allegation by Tinubu that Atiku failed to help Lagos State when former President Olusegun Obasanjo withheld the state’s allocation at the twilight of Tinubu’s tenure (between 2006-2007), Maduako reminded Tinubu that Obasanjo that it was not Atiku’s fault.

“Moreover, Atiku and Obasanjo had fallen out at the time and he (Atiku) was shut out of government completely. So, how could Atiku have helped in that circumstance when he (Atiku) himself was seriously embattled?

“Over the years, even in 2014 APC presidential primaries, Tinubu ensured that Atiku came a distant third position Muhammadu Buhari and the then Governor Rabiu Musa Kwankwaso of Kano State.

“The law of natural justice is calling on Tinubu to pay back Atiku’s benevolence and kind gesture to him over the years,” Maduako said.

He admonished Tinubu to reciprocate Atiku’s kind gesture to him in the past, especially at this time, when Atiku needs his friendship the most.

Let us know what you think of this in the comments.